What? Trump Lies and Cheats? Unpossible!

I mean, of course Trump lied about how much money he has/is making. And of course he found ways to cheat the country out of the tax he owes them. Have you even met this giant heap of slime?

Also hanging over him is a decade-long audit battle with the Internal Revenue Service over the legitimacy of a $72.9 million tax refund that he claimed, and received, after declaring huge losses. An adverse ruling could cost him more than $100 million.

Over on FB, of course, the reaction from conservatives about this range from "FAKE NEWS!" to "Not paying taxes is smart wish I could figure out how to cheat the country like this Trump my hero!"

This isn't going to move the needle, is what I mean. Anyone sane has already rejected Trump. And MAGA Americans literally do not care what he does. He could kill and eat a toddler on national TV, they'd find some way to support him anyway.

"Hey, toddlers are brats! Who doesn't want to eat one?"

"Maybe if its parents had jobs that toddler wouldn't have been eaten!" 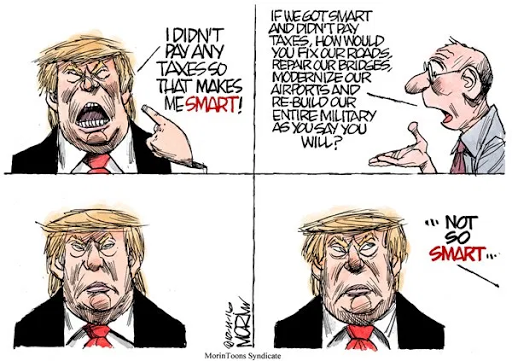 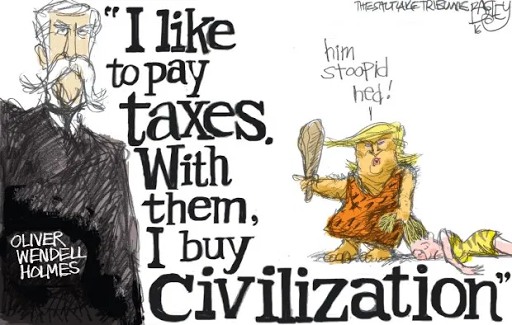 In other news, it was 59 degrees here this morning. I think summer may finally be over.