I finally got around to watching Live Free or Die Hard (2007).

To be honest, I wasn't expecting much, mainly due to the title, which makes me think of as the "Pweas No Steppy" flag: 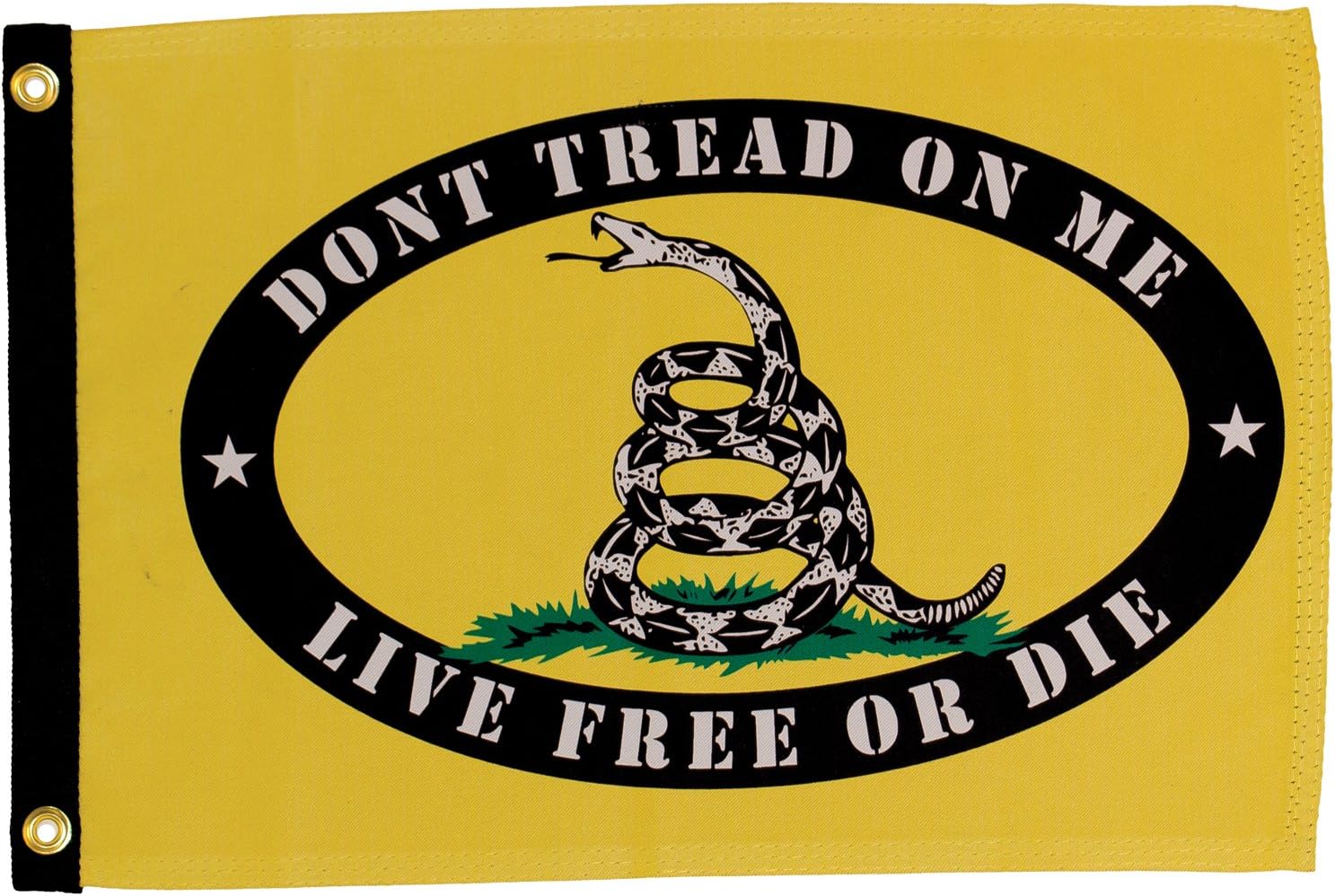 So I went into the film with low expectations, and ended up enjoying it, despite its many flaws.

In this one, filmed almost 20 years after the first one, John McClane is still a New York City cop. He has divorced his wife, and is stalking his daughter -- we first see him in the film lurking outside her apartment. She's in a car, making out with a young man, and pushes him away when he grabs at her breast. "Stop it," she says, and he starts to whine and protest but!

McClane grabs him out of the car and yells in his face, "No means no, asshole!"

Far from being grateful, McClane's daughter, Lucy, leaps out of the car and begins shouting at McClane, who apparently follows her around and does this sort of thing literally all the time. "Stop assaulting my boyfriends!" she orders.

Then she storms off. He yells, "Come back here, Lucy McClane!" and she shouts back that her name is Lucy Gennero.

So we're back to that again. And don't worry, by the end of the movie Lucy takes back the name McClane. So there, feminists!

Meanwhile, Timothy Olyphant, who plays the terrorist/thief in this iteration, and his lover Mai Linh, have hired a handful of hackers to write algorithms that can shut down the entire country -- the communications network, the banking system, the transportation system, and so on. This is called a "fire sale" in hacker parlance, apparently, meaning "everything must go."

After the hackers write the algorithms, teams of assassins show up at their homes and blow them up. First set of Explosions!

One hacker, though, is rescued just in time, because McClane is sent to fetch him to Washington D.C. to be interrogated by Homeland Security. The timeline here makes no sense, and also how did the terrorists plant the giant bombs inside the hackers' computers without anyone noticing, but let's move on.

McClane takes the hacker, Farrell, to D.C.  A spate of "Kids Today" and "Okay, Boomer" jokes occur as they drive. McClane, 20 years older than the very hot 33 year old that fought his way through Nakatomi Plaza, does not do much of a job of acting like a cool 53 year old.

The fire sale begins, with all the lights in D.C. being set to green at once. Lots of smashy car crashes follow. McClane figures out something is up, and calls for an escort to Homeland Security. The terrorists (who have a massive operation) locate Farrell's voice in the background of that call and send assassins in a gotdamn helicopter to murder him before he can talk.

Although, honestly, what does he have to tell them? He doesn't know anything about anyone who hired him. So this seems overkill, pardon my pun.

But we get a lot of shooting as McClane and Farrell flee, and also McClane blows up the helicopter by flinging a car into it, in one of this film's truly unbelievable stunts. Big explosion #2.

McClane and Farrell reach...I think it's Homeland Security? Honestly, about 30 government agencies pop up in this film, and I couldn't really tell any of them apart. But later they send McClane to take Farrell to Homeland Security, so that can't be it.

Wikipedia tells me it's FBI headquarters. Okay. They get to FBI HQ and a bunch of confusing stuff happens, with everyone running around because not only has the transportation grid gone down nationwide, but also the stock market has been taken down, and all of the cell phones quit working. Farrell figures out this is a fire sale, and guesses that the next attack will be on the power grid -- the closest hub of which is in West Virginia. So he and McClane drive there and fight the terrorists who are there destroying it.

One of these terrorists is Timothy Olyphant's lover Mai Linh. She and McClane have a big fight, smashing and crashing and shooting at one another, before McClane drops her and a giant SUV down a...elevator shaft? I don't know what this deep shaft was supposed to be, or why it was in the middle of what looks like a two-story powerplant. Anyway, she falls a long way, the SUV falls on top of her, big explosion #3.

Then McClane intercepts a call from Olyphant to Mai Linh and mocks him, bragging that he killed Olyphant's "girlfriend." Olyphant, angered, send his henchmen to kidnap Lucy Gennero/McClane so he can use her as a hostage.

Olyphant also routes "all the gas lines in West Virginia" into the power plant, and then blows it up. (What?) Big Explosion #4.

Then McClane and Farrell fly a helicopter (McClane can fly helicopters now) to the house of a super-hacker Farrell knows, who helps them figure out what the terrorists are really after -- something hidden in the basement of Social Security Headquarters in Woodlawn.

What is hidden there? Massive computers that have the backup to all the financial information in the USA.

Trillions of dollars, explain the Homeland Security guys who put this data there.

Yep, it's a heist. But they're still terrorists, because as it turns out Olyphant is the guy who wrote the programming for these computers, and he tried to warn the Joint Chiefs of Staff that a fire sale -- like the one he's running -- could destroy the nation, but they wouldn't listen to him, so now he's showing them.

How does McClane stop Olyphant? Well, first lots of explosions, including the explosion of a jet: Olyphant hacks into its communication system and orders the pilot to explode the truck McClane is driving. It's an extremely silly sequence with so many explosions I lost count.

But the big showdown is in person, with Farrell and McClane facing off Olyphant, who has a gun to Lucy's head. McClane tried to shoot Olyphant and gets shot himself. He drops his gun, Olyphant drops Lucy, Lucy and Farrell both grab guns (so many loose guns in this scene) and there's a general shootout, in which Farrell kills Olyphant.

In the end, Lucy tells Farrell her name is Lucy McClane, and Farrell makes heart-eyes at Lucy, and McClane makes one of those hilarious conservative threats, saying Farrell should stay away from Lucy or he'll beat him to death.

This would be funnier (yeah, no it wouldn't) if we hadn't seen McClane stalking Lucy's boyfriends at the start of the movie.

It's another fast-paced action film in which we learn that

(1) Violence is always the solution

(3) Women exist to be prizes, and are also possessions of some man or another

(4) Women also exist so that they can be threatened or murdered to evoke emotional responses in Good Guys, also in Bad Guys

(6) People in the government are stupid

(7) Freedom isn't Free -- you've got to win it by mass slaughter and also explosions.

(8) Guns and explosions are The Best

This was the most overtly political of the Die Hard films I've watched so far, and the one with the silliest take on politics.

There's one more of these, called A Good Day to Die Hard, set in Russia and Chernobyl. That might be worth watching just for the politics alone -- it was released in 2013, before Trump made conservatives (at least claim to believe) that Russians were the good guys. 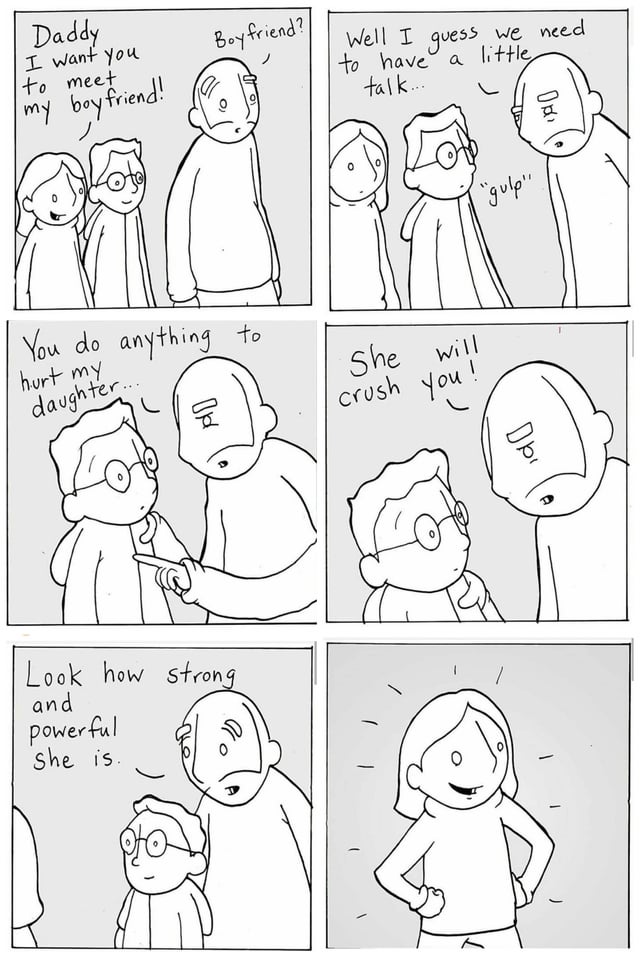