Cat under the Heat Pump, November 2020

As all y'all know, our heat pump has been repaired.

Here is Junti, directly under its vent and very happy: 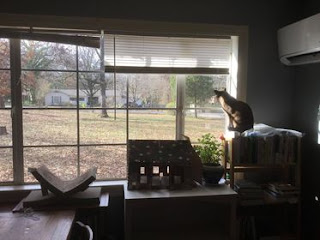 Posted by delagar at 3:21 PM No comments:

We never shop on Black Friday -- we never leave the house if we can help it -- and especially we wouldn't this year.

Our Thanksgiving was nice. The kid, his sweetie, and his roommate all came down to eat with us. Uncle Charger, who has symptoms of the rona, though he hasn't yet been tested, is self-isolating. This is the first time he's missed Thanksgiving since 2002, when we moved to the Fort.

We had turkey, broccoli casserole, sweet potato casserole (a terrible failure this year due to the non-corn syrup marshmallows not working out), potatoes dauphinoise, and rolls made by Dr. Skull. Dessert was pumpkin pie, ginger cakes, and whipped cream.

Also a choice of white wine, milk, or Dark & Stormies. 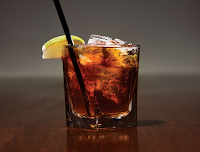 Dr. Skull did all the cooking, except the sweet potatoes. Because he's really still recovering from his surgery, I offered to do the cooking this year. "No," he said very very quickly. "I'll do it."

The kids stayed over and are now all asleep in my tiny writing nook -- one on the couch, one in my big chair, one on the futon on the floor. I am writing at the dining table, like a pioneer or something. (Usually I write in the big chair, with my laptop on my lap and my feet on the ottoman.)

It's 55 degrees here, and very pretty outside. Last night Canada geese landed in our yard and honked in an idle sort of way, driving the little dog to distraction.

Hope everyone's holiday is going as well as can be expected!

We found out yesterday how much of Dr. Skull's hospital bill is "our responsibility," according to our insurance company. 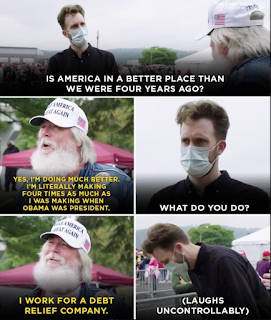 "How does anyone pay for things like this?" I asked the "financial counselor," and she handed me a pamphlet for a "financial relief" company which will loan us the money at "only" 4% above APR.

Just in case you were wondering how the American Health Care system was doing. 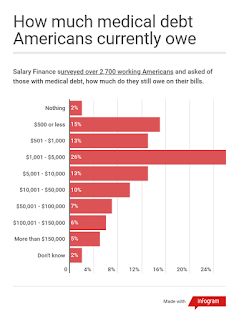 The guy brought in a buddy, a heating pump specialist, and not only did they fix our heat pump, they fixed the gas furnace which was our old heating method.

So now we don't just have heat, we have back-up heat. I'll admit, as much as I like the cold, it's nice not to be cold all the time.

The first time the furnace came on, Junti freaked out and rocketed through the house to hide under my big chair (her safe space).

Oh, yeah: also Trump has finally been persuaded to stop acting like such a huge spoiled brat. The transition is under way. 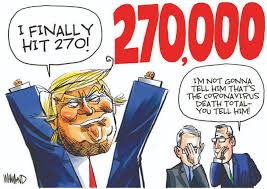 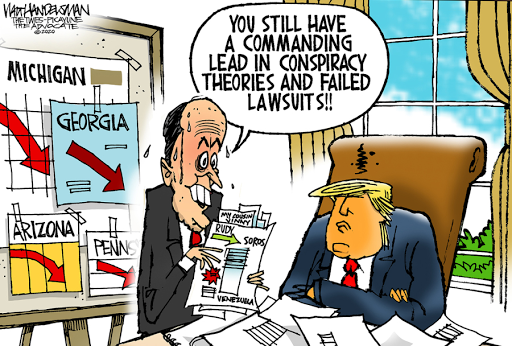 One of my friends sent me some yarn for my new crochet habit: 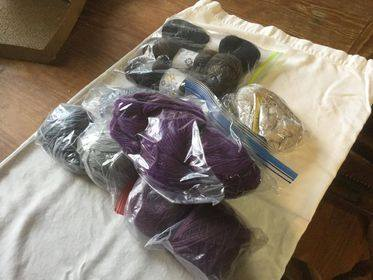 And here is the cat, hiding in the kitty house because the mailman came: 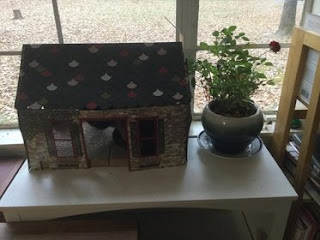 And here is the other cat, who does not care about mailmen: 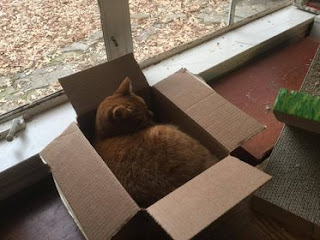 Posted by delagar at 5:30 PM No comments:

No Heat for Me

The guy finally got the part to fix our heating system but it didn't fix the problem.

Then he's just going to give in and replace the entire system.

This is one of those times I am very glad that we are renters. I can't imagine what this is costing.

So far the weather has continued mild, which makes this more of an interesting event than the horror show it might have been.

It's Funny because It's 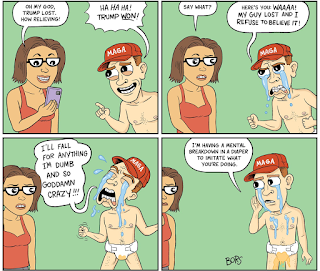 New Recipe at Cooking with Delagar

This is a black bread recipe I have been messing with for a few years. It's more brown than black now, but very tasty. 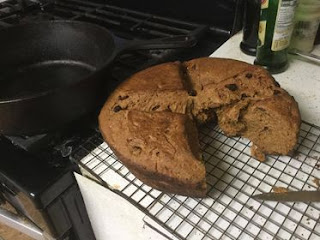 Posted by delagar at 6:04 PM No comments:

No Heat For Us

The delay in fixing our heating system is that the part must come from China.

So this, as with so much else in the world, is Trump's fault.

Last night the low was 37 degrees.

Fortunately, due to global climate change, it will be in the mid-seventies all week. (Also Trump's fault.)

Our heat is still not fixed. It was 38 degrees last night and is only 49 now.  Right now I have the fireplace going and three burners on the stove. It is still very brrr in here. I put a message in to the landlord, and he is good about dealing with problems, so.

Here is what, huddled under my big comforter, I am reading lately:

Zombies, but from the point of view of the animals, both those who live with humans (domestics); those who do not, but who live in cities and zoos and on farms and so on; and wild animals. A bit of 'nature is healing' vibe, but still pretty good, mostly because of the voice of the main character, a crow named Shit Turd.

S.T. (as he is mostly called) lived with Big Jim before everything went wrong, and he spends most of the book taking care of Dennis, the bloodhound who also lived with Big Jim, and hunting for non-zombie MoFos, as Big Jim, and thus S.T., calls humans. Eventually he gives up on that (mostly) and sets about freeing animals who are trapped in human houses -- dogs, cats, and birds left locked inside when their humans turned.

Maybe a few too many characters here, and the humans-are-the-real-plague trope made me roll my eyes; but otherwise I enjoyed it. A fun read.

These are mystery novels told in the point of view of Jane Austen, beginning in her 27th year. (I believe Jenny F. Scientist recommended them -- thanks, Jenny!) The mysteries are okay, but the fun part is being immersed in Austen's world. There are some delightful footnotes, explaining details that are left unexplained in Austen's novels; and characters who show up in Austen's novels also show up here -- or I guess the other way around, except the conceit of the novels is that these "real" people are used by Austen to build her characters. There are also bits from Austen's letters, and we visit places that show up in the novels.

I expect if you don't love Austen passionately, you won't like these as much as I do. But if you're a Janeite, these are definitely for you.

Kate Atkinson, Behind the Scenes in the Museum

This is the only Kate Atkinson novel I had never read. I think I started it once, years back, and wasn't gripped by it. But since I'm a completist if I am anything, and since our library had it, I went ahead and read it.

It's Atkinson's first novel, and not bad. I see a lot of themes and ideas she would develop in later novels -- the fascination with the World Wars, for instance, and with accidental death.

Readable, but probably only for big Atkinson fans.

Danforth is best known for her earlier YA book, The Miseducation of Cameron Post, which I started but DNF. It made some minor waves in the writing community, though.

This one, billed as her "first adult novel" I liked better, though it has some of the same faults as MCP -- that is, it's very discursive, without much tension propelling the plot forward, and despite the billing, more YA than adult. There's a lot of overt symbolism which doesn't add up to much in the end.

The writing is better, though, and I was (just barely) interested enough in the characters to keep reading. We have two stories, running in tandem, both queer stories -- one, set in 19th century Rhode Island, is the story of dark events at a girl's boarding school and the even darker fate of the two women who run the school. The other is the story of a movie being made about the school, and the three young women (all in their early 20s) involved with that.

Lots of queer passion, which is nice, and there is a happy ending for the 21st century women, though not for the women in the past.

If this is your thing -- ghost stories, creepiness, LA and rich people, a long leisurely narrative, you might like this better than I did. Good footnotes here too.

Despite Trump's bluster, Covid-19 has still not "disappeared." We're averaging a thousand Americans dead a day, with thousand more contracting the disease, some of whom will suffer serious consequences.

Even if the vaccine from Pfizer pans out, it won't be available for the general public until well into 2021. And please don't @ me with your "herd immunity" bullshit.

Wear your masks. Isolate as much as possible. Take this seriously.

New Recipe at Cooking with Delagar

This recipe is an adaption of several I found on the internet. It's delicious. 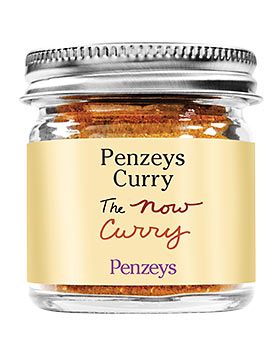 Posted by delagar at 4:20 PM No comments:

Donate to Help with the Run-off Campaigns in Georgia

For those of you who have been living in caves, there are two candidates for the Senate in run-offs in Georgia, Jon Ossoff and Raphael Warnock.

If we take these Senate seats on January 5, then we have a (razor-thin) majority in the Senate. We'll control both houses and have the presidency as well.

Nicole & Maggie came through (see my last post): here are some ways to donate.

Fair Fight, which is run by Stacey Abrams, who probably is the single person most responsible for turning Georgia blue.

It's odd to have no political stress left. My mind keeps hunting around to find something to worry about. Right now I'm worrying about the Georgia run-off. Surely there must be something we need to be doing about that? Somewhere we can donate? (Nicole & Maggie, anything?)

Meanwhile, I have kept this from you because it is so bizarre, but I took up crocheting during the last weeks before the election, as stress-relief tactic. I am crocheting my kid a huge blanket and today I crocheted my first hat. (Photos later!)

This is just not like me. But it's more effective than fidget spinners, at least for me.

I'm also reading less. I don't know if that is good or bad. I was going through a book a day, sometimes more, when things were at their worst. Now I'm back to a book every two days or so.

And Dr. Skull went back to work today -- I'm fretting that he went back too soon, though his foot is nearly healed.

The kid's boyfriend is flying in from PA on Friday. He was supposed to come live with the kid last March, but then Covid hit. As he said today on his twitter feed, ironically it would have been safer to fly then than it is now. 230,000 Americans dead so far.

How's post-election life where you are?

Biden has been declared the winner! 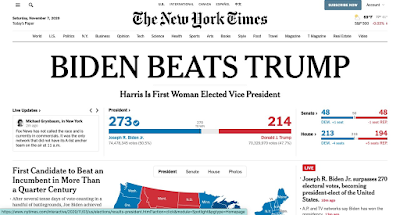 God, the relief that is coursing through me, y'all.
Reaction in NYC
And here
And DC
(My town, in contrast, has gone eerily quiet)
ETA: Have one more! 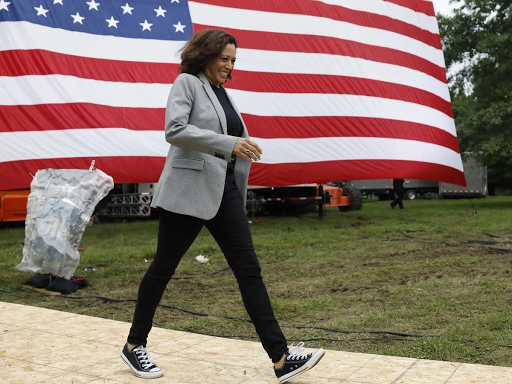 Watch this while you wait!

While Waiting for the Election to be Called 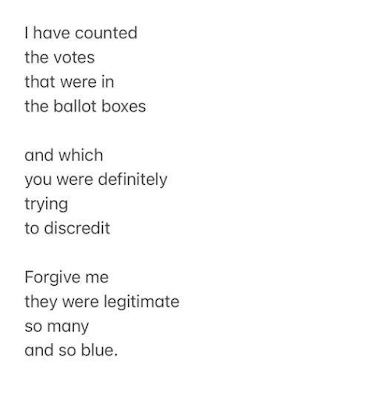 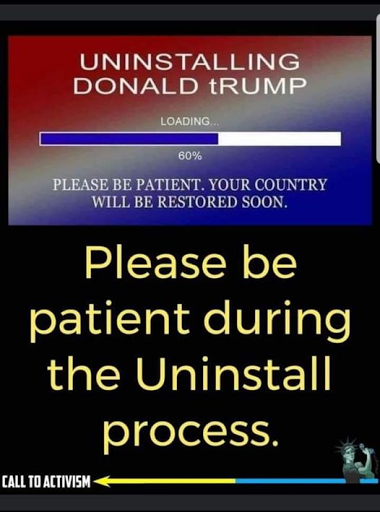 Posted by delagar at 5:53 PM No comments:

How are all y'all doing? 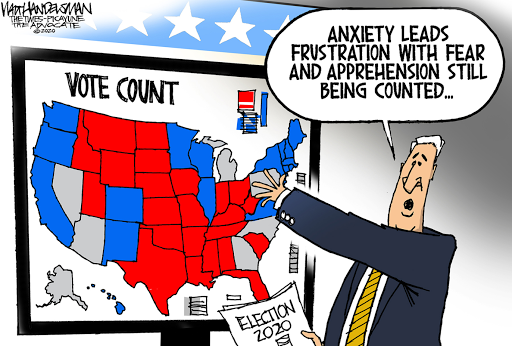 ETA: Meanwhile, this is going on. But a guy on twitter assured me last night that just because armed people are storming polling places screaming threats doesn't mean they're threatening violence. Heavens no! Only leftists protesting systemic oppression are ever violent, as we all know.
Posted by delagar at 12:30 PM 3 comments:

Ugh. Still no clear winner, though over on Twitter Nate Cohn is saying Biden has a clear path to 270.

Also Biden is now ahead in Michigan, Wisconsin, and Nevada.

Well, not the cats. The cats are fine, and the little dog.

I'm doing my best to stay off social media, since no one knows anything and I don't need any help panicking.

Election days from the past: 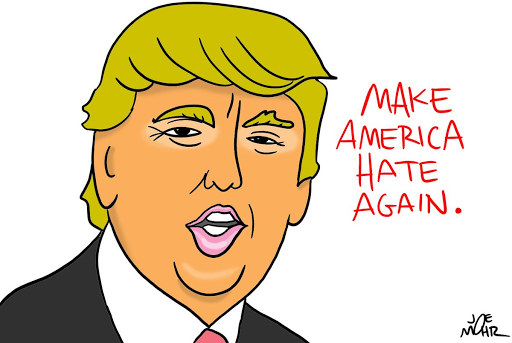