I forget why I started watching the Die Hard franchise. I think someone recommended it, and also I had insomnia, so why not.

I saw the first one, Die Hard (1988), in the theater, I think? I have only vague memories. That would have been while I was in graduate school and when I was first dating Dr. Skull. We might have gone to see it -- we were seeing almost every single movie that came to town back then, including Highlander II (the worst movie I ever paid money to see).

Anyway, I remembered very little about the first Die Hard. So its amazing politics were a bit of a shock.

In the commentary (I was watching it on Amazon, which provides a running commentary if you click on the screen), we are told that in the orignal script, the bad guys were terrorists. But the director, John McTiernan, made them into thieves because he didn't want the movie to be "political."

Mind you, making the bad guys into thieves instead of international terrorists was an excellent plot move. I'm just laughing my ass off at the notion that this movie was "not political."

John McClane, our hero, is a New York City cop. All the films in the series, while they are indeed action films, are also straight-up copaganda. Cops are always the "good guys." They are pure of heart and noble in action -- like Roy Rogers, as McClane famously claims in the film. They rescue innocent civilians, and do so without ever shooting first. In fact, they do their best to never shoot anyone -- until they absolutely have to. (Spoilers: they always absolutely have to.)

McClane is also handsome, witty, and smarter than anyone around him. (Spoilers: he's not actually smart, just written that way.)

His wife, Holly, on the other hand, that treacherous bitch, has taken a high-paying job with a large corporation. And not only did she leave her handsome hero husband to do so, moving to LA and leaving him behind in New York, she took back her maiden name.

Much of the movie is about McClane killing the terrorist/thieves in order to rescue his wife (they're all foreign, of course, as are the owners of the corporation that lured Holly away from her place by McClane's side). He rescues the other hostages too, of course, even though they, like Holly, work for this foreign corporation, and this are smarmy, stupid, and evil.

What's that you say? Al shot a civilian? An innocent 10 year old carrying a toy gun? My, that doesn't sound very heroic.

Oh, wait. He feels bad about it, and now he can't even draw his weapon. He's a broken cop. All he can do now is "ride a desk."

Don't worry, though. By the end of the movie, he is able to gun down a bad guy. He's all better now! He can shoot people again, so he can go back to being a "real" cop.

Also at the end of the movie, Holly takes back McClane's last name. She's fixed too!

This movie is filled with explosions, blood, and McClane shooting people. The politics here include:

(1) We need men with guns. These men are the heroes who keep us safe.

(2) Violence is an excellent solution - indeed, the only solution.

(3) Women are helpless, and so are men who prefer to negotiate instead of shooting people. Such men die horribly, which is what they deserve for being such smarmy cowards.

(3.1) Women also exist so men in the audience can look at their titties -- there's more than one gratuitous naked woman in this movie.

(4) People who are not American exist to be villains or comic relief.

(6) Black people adore and admire white people and love to help them.

(8) Police are pure of heart, heroic, white knight heroes, who are able to overcome huge odds and defeat the villains -- so long as the parasites and losers don't get in their way.

Now mind you, if you can squint your way past these "not political" aspects of the movie, this first one is kind of fun. Alan Rickman is a wonderful villain, the plot works well, and 33 year old Bruce Willis is indeed hot. The dialogue is also snappy -- or anyway, the dialogue between Rickman and Willis. The dialogue between Willis and Bonnie Bedelia, his wife, the love of his life, is both cliched and stale.

I tried to watch Die Hard 2: Die Harder, but it was both stupid and boring. I managed to make it through Die Hard 3: Die Hard with a Vengeance. I'll share my thoughts on that tomorrow. 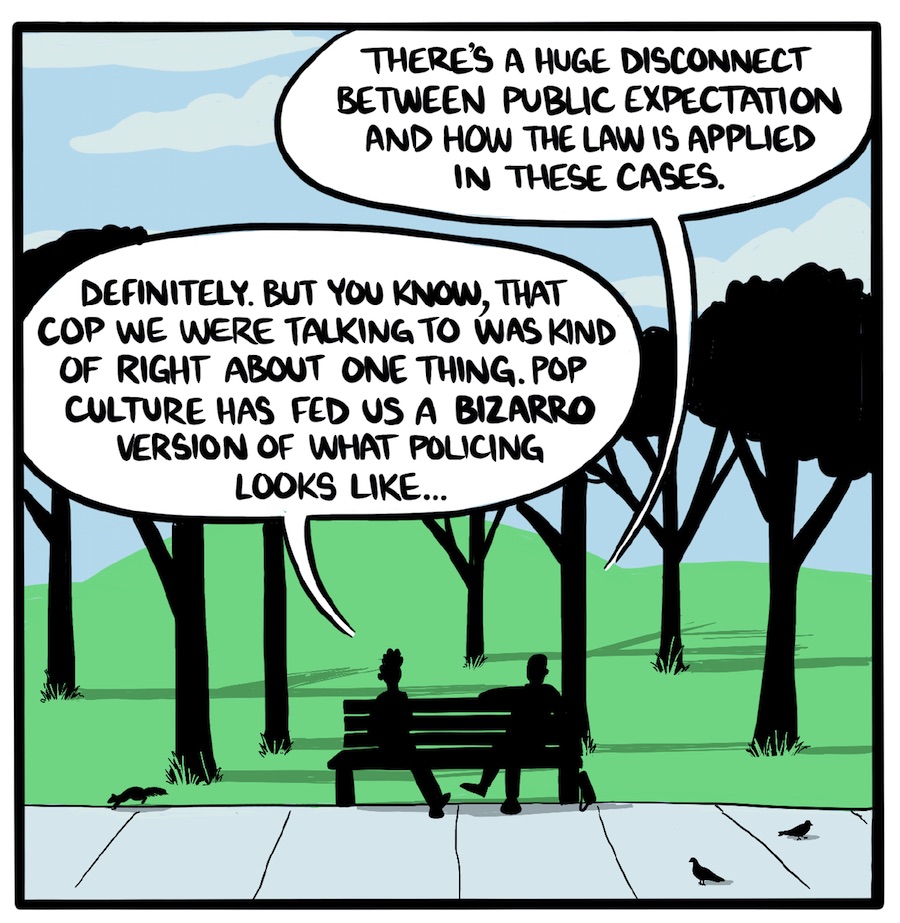 I had to double-check the name.

The protagonist of Die Hard is John McClane, not John McCain.

By making the simple mistake of writing "John McCain," you did make the movie more political! lol.

It's a Christmas movie! They're supposed to be cheesy!

Watched it last Xmas with my husband and MIL. Alan Rickman was the whole point, for me.


I do love Alan Rickman!