No Snow No Ice

Can you believe these people made me go to work today?

Posted by delagar at 5:26 PM No comments:

We're having an ice storm, plus more snow is forecast for tomorrow. At some point people in Arkansas are going to have to learn to live with winter. But not yet, I guess. 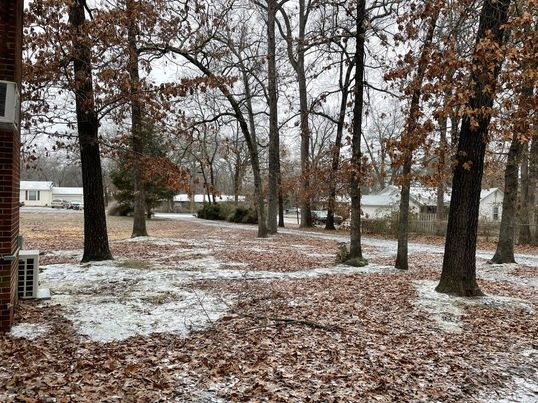 I'm huddled under my duvet with cats sleeping all around me grading work my students have posted on our Google Classroom page. Later I'm working on a book review. Beans and rice for dinner. 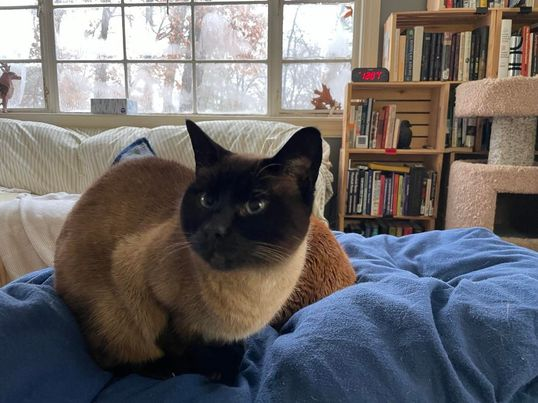 Cats. You can see the second cat, just barely.
Posted by delagar at 1:07 PM 2 comments:

You can now buy e-copies of Interzone, which is where some of my book reviews are being published:

Interzone #294 is now out in all its forms: print copies have startedheading off around the world (IZ has subscribers in over 30 countries)and ebook copies are now available from Scarlet Ferret and Weightless Books.- https://interzone.press- https://scarletferret.com/magazines/interzone/294- https://weightlessbooks.com/interzone-294/ 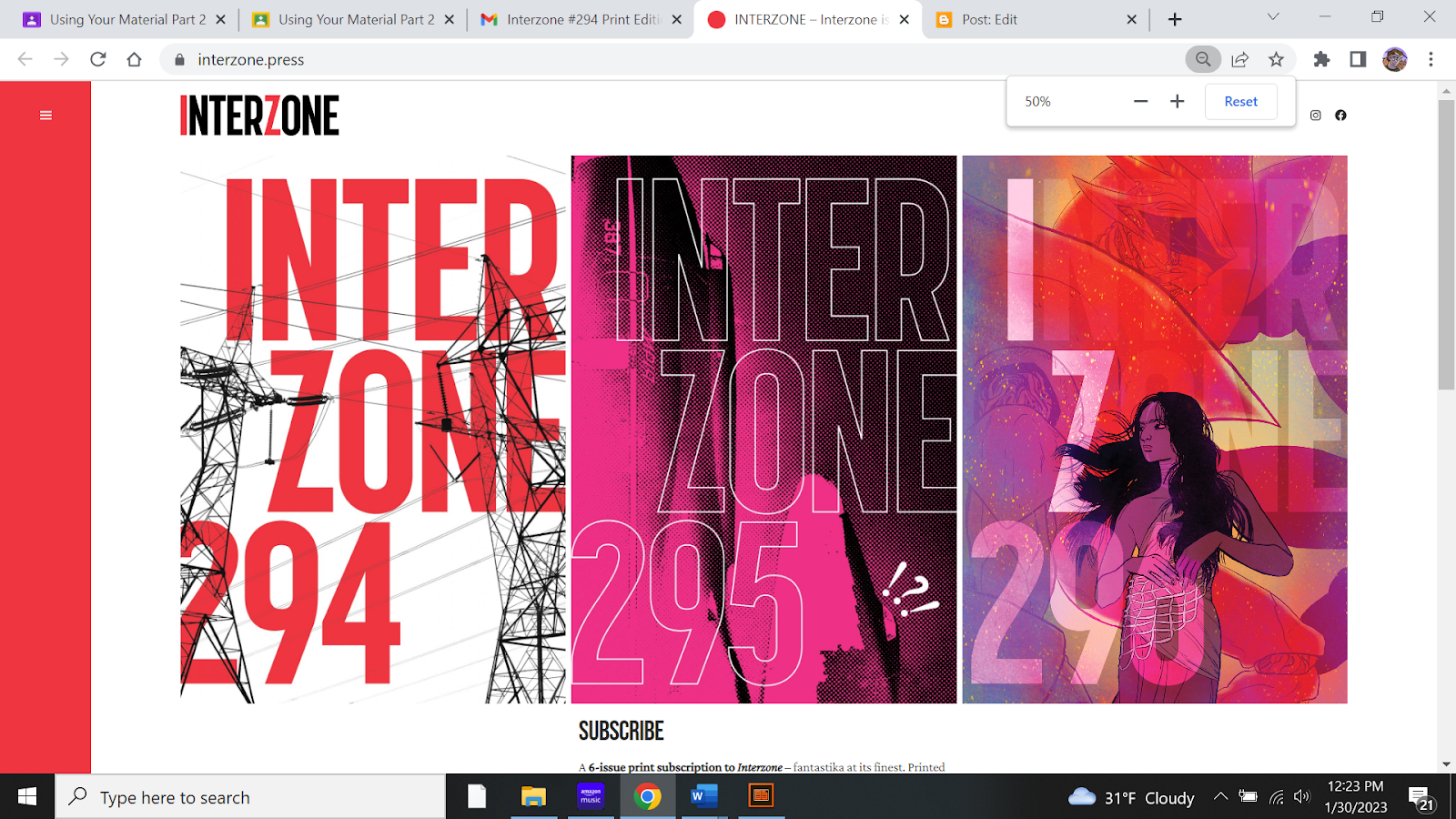 Posted by delagar at 1:24 PM No comments:

Once again our university has cancelled classes, this time because freezing rain and sleet are icing up the bridges and no one can get to campus anyway. My kid's campus has also closed, so he gets to stay home and draw his comic today. I get to stay home and write my novel. I might finish off that book review as well. Also, I plan to make beans.

Here, Pharyngula notes a problem with DeSantis's plan to rebuild education in his own image.

This is from Alas a Blog is good, though leaves out the part where, when the GOP gets in power, they run up the debt in various ways (tax cuts for the wealthy, increased military spending) and then demand cuts in social spending.

John Scalzi has won an Alex award. He gives the full list of other books that won, a couple of which I have also read and liked, especially Babel, which I high recommend.

Honestly, if I was this ignorant I would just shut up and read some books:

Many words have Trans in them. Transport, translate, transcribe etc

But Cis? Before recently it was only used in one word before it was hailed as “How To Describe Not-Trans People”

A cistern. Ya know, that thing in a toilet

Kafka Appears on the Midnight Society

When my kid was about seven years old, I turned around and found him reading the graphic novel version of Kafka's The Penal Colony.

"WHAT IS THIS BOOK ABOUT?" the kid demanded in horror.

In memory of that:

1. Florida teachers are being told to remove all books from their classroom libraries OR FACE FELONY PROSECUTION

The new policy is based on the premise that teachers are using books to "groom" students or indoctrinate them with leftist ideologies.

This is, of course, the world conservatives want. If they can control what other people's children read and learn, they can (they hope) control the upcoming generation. Keep them ignorant, poor, and desperate, and you can get them to vote for people like Trump and DeSantis.

My kid has a friend who was a high school teacher in Florida. They're moving, and mostly because of laws like this one.

The snow is melting here: 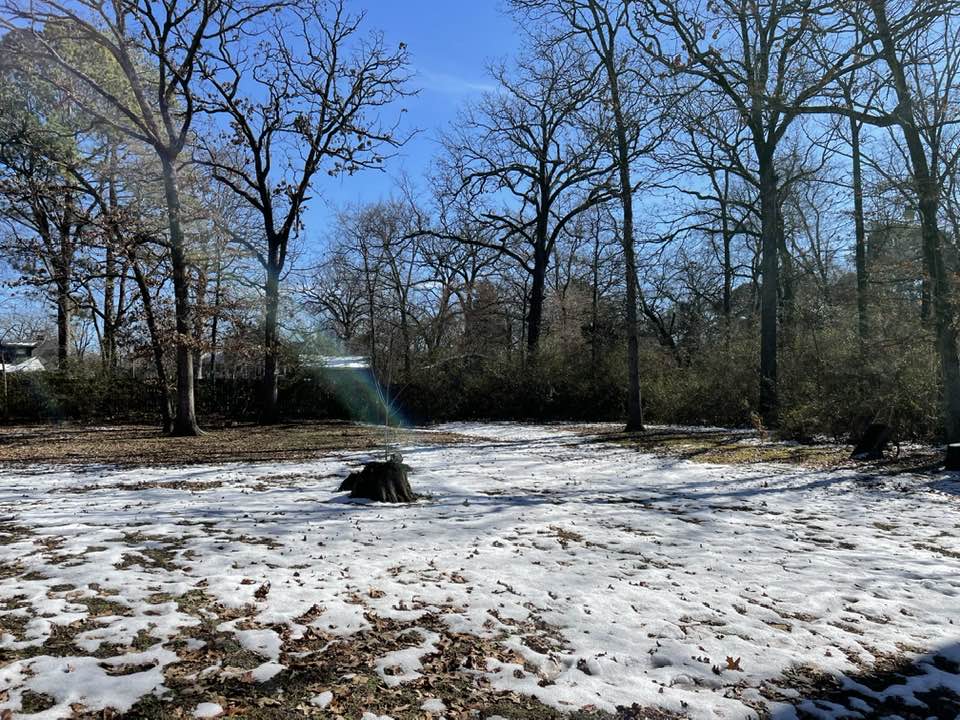 Just in time for the next storm, which is arriving Wednesday.

Posted by delagar at 1:30 PM No comments:

The snow is still melting here, and the power is still off at my kid's place. He and the boyfriend got their car dug out and made it the four miles to his aunt's house, and they're going to stay there until the power comes back on, which the local power company says might be tomorrow, and might be Saturday.

Most of the Fort has power again, and my university is holding classes, though I am getting dozens of students who can't get out of their driveways or down the mountain. And more snow is forecast for next week.

Honestly, now that my kid is somewhere warm, I love this weather. What's better than burrowing under my duvet with two cats and the little dog and reading novels all afternoon while the snow tumbles down? Add some hot chocolate and I am in paradise.

This was the snow last night: 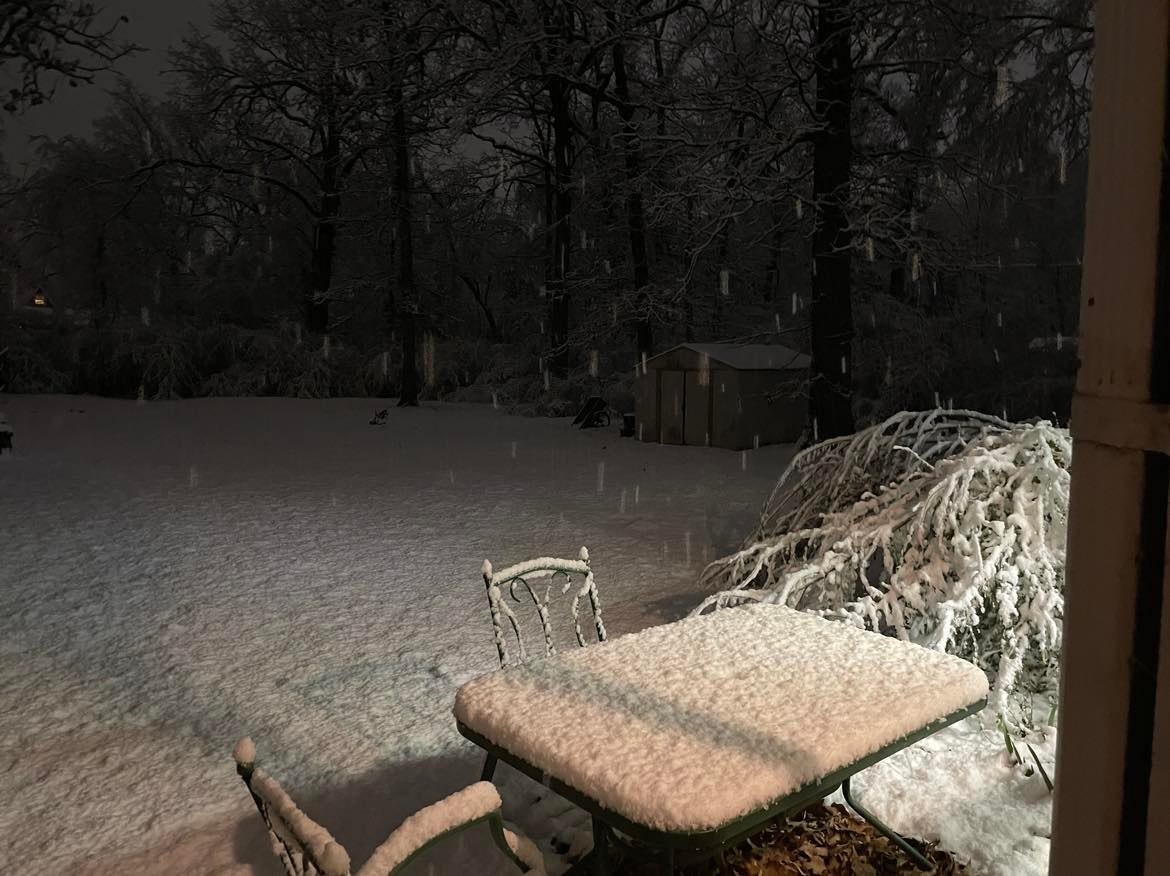 Now it's all melting, so I guess technically we're not snowed in.
Up the hill, however, my kid's power went out at eight o'clock and still has not been restored. The power grid in the South, y'all, it's something else. (Something else besides a function power grid, I mean.)
Their heat is electric, but so far they're keeping warm.
Posted by delagar at 12:04 PM No comments:

It is indeed snowing here. 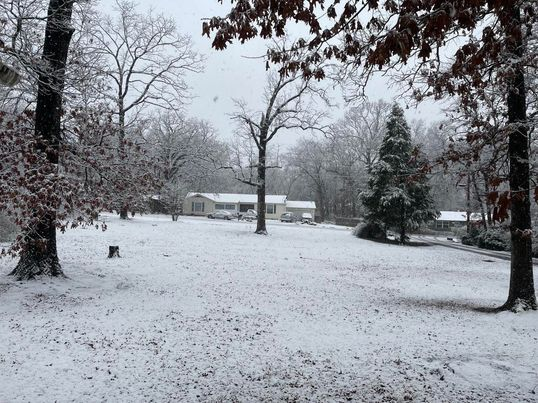 Posted by delagar at 5:21 PM No comments:

We're waiting for a yuuuge winter storm here in the Fort. Classes are cancelled after two p.m. (which means both my classes will meet) and the weather reporters are crackling with excitement. Eight inches of snow! No, ten inches! Stay home! Buy supplies!
I'd love eight inches of snow, but I suspect it will be more like one inch, if that. Also, the temperatures are going to rise tomorrow, so no one's going to be snowed in for very long. 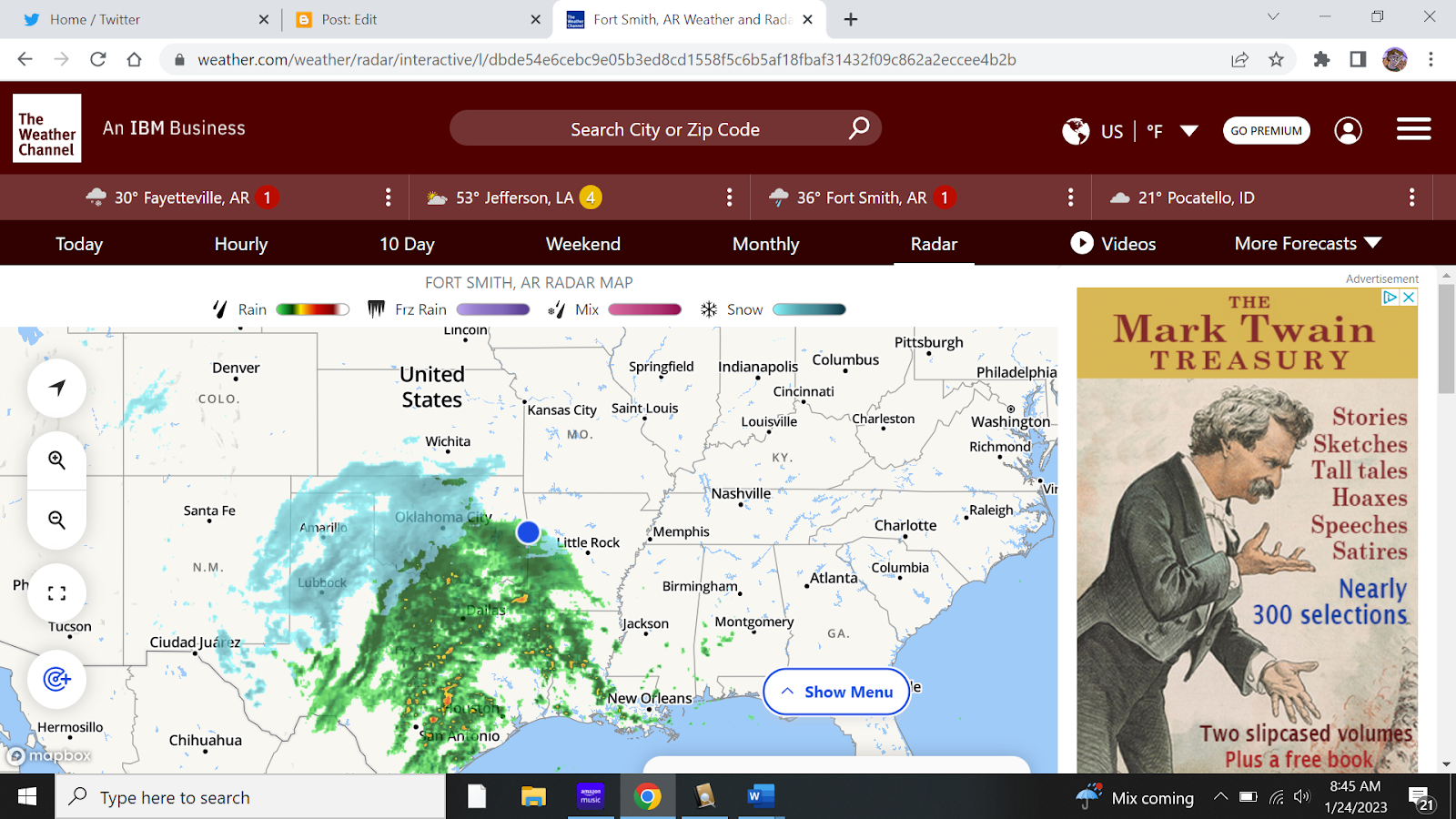 Very dramatic radar though.
We did go to the grocery last night, to buy enough food to get us through an extensive blizzard, and als Dr. Skull made bread for me. So we'll be fine.
Posted by delagar at 9:46 AM No comments:

Our state has implemented a new policy, which is basically this: if we as employees of the state do any work outside our work for the state (which is to say, me as a university professor) which pays more than $500 we have to report that to the state.

Previously, this edict said we had to report it if we worked for any OTHER state agency. So like if I taught English and worked construction in a state park, for instance, I would have to report that. That sort of made sense, I guess. Maybe?

This one doesn't seem to make sense at all (a) and (2) seems a violation of my rights as a worker. Maybe they're trying to see if people have two jobs, because them these people aren't devoting their lives to the state job? I don't know.

It makes me edgy, I do know that. Not that I am making anywhere near $500 for anything I'm doing, like writing book reviews and so on. The most I've ever made for a short story is a couple hundred dollars. But still, suppose I actually manage to write a novel that makes a little money. (It could happen!) Is that going to be seen by the GOP down there in Little Rock as a violation of the terms of my employment?

Also, as one of my colleagues mentioned, maybe these Republican numpties should consider why state employees might need to be working two jobs. Just an idea.

I admit this has been cracking me up too.

This Gas Stove culture war thing has been fucking fascinating.

And a vocal chunk of the right decides that their entire identity revolves about them not being afraid of an appliance.

Do you think they're ever going to have a Eureka moment? Like, "Hey, Fritz, I've been thinking...are we the Baddies?"

Posted by delagar at 3:15 PM No comments:

Pharyngula writes here about the shelves in his town being stripped of cough and cold medication, and I am here to report that this is not true here in the Fort. Just the good cough medications are gone. You can buy all the holistic crap you want.

I did score some Mucinex extra-strength at the Walmart, for the appalling price of $13/a six-ounce bottle. Luckily my cold is almost gone -- I'm mostly only using at night, when my dramatic cough keeps everyone in the house, including the cats, awake.

It's still not Covid, by the way, at least according to the home tests. Twice vaccinated and twice boosted seems to be doing the trick. 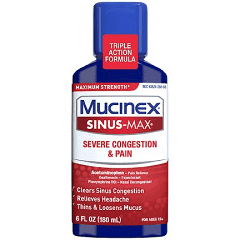 Mmm, cherry flavored.
Posted by delagar at 2:33 PM No comments:

Junti, last night, asleep on my belly and objecting to my plan to get up and go to bed: 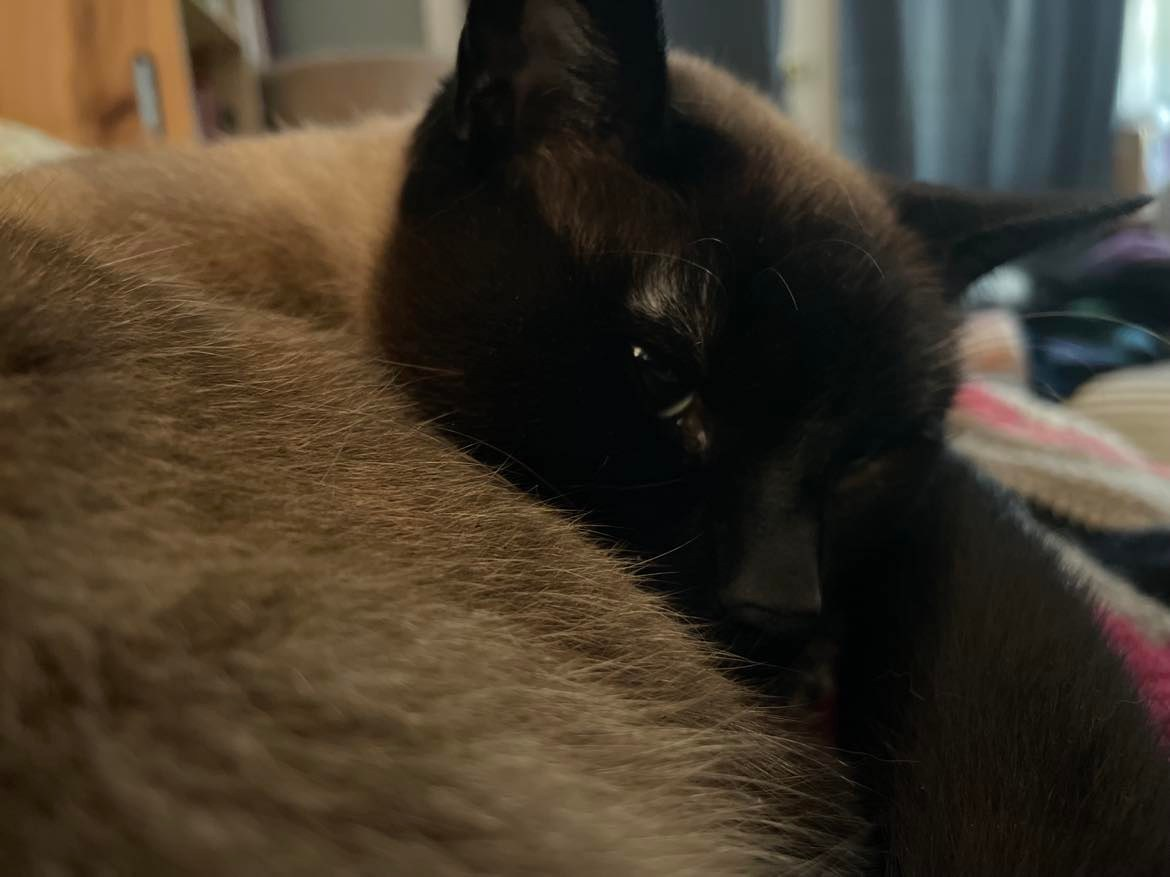 These days whenever I lie on the couch to read, the cats come and sleep on me. It's the only warm place in our frigid little house, I suspect.
Posted by delagar at 3:04 PM No comments: