Here comes series of "chapters" that are all two to three paragraphs long. I think Neal is attempting to create drama. If so, nah.

Ronald's point of view. He gets a note from Connor saying I KNOW WHAT YOU DID, and saying meet me at the Fed-Ex Jet or ELSE.

Connor hides in the jet and then trips Ronald and locks him in a crate while he questions him. These crates are starting to bother me, frankly. They're not shipping crates -- which is how we'd usually expect to find items packed for transport. They appear to be cartoon crates, like those in which Coyote received his Acme Rockets. 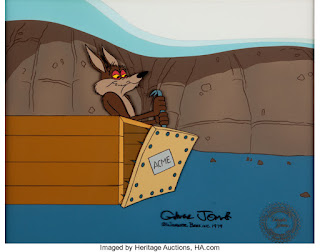 Anyway, Connor shoots air-holes in the crate, to show us that unlike SOME PEOPLE he doesn't plan to suffocate Ronald. No one hears the gunshots, by the way.

Undefined Unwinds have been searching for Emby, thinking he is lost in the desert, I guess? (Emby is the one who had the lung of the Admiral's son, who was sent to the Admiral's wife.) They find the graves of the Goldens, and decide the Admiral killed them.

An angry mob heads for the Admiral's jet.

The Admiral has sent for Risa to bring him some aspirin. His shoulder hurts. (Neal is hinting heavily that the Admiral is actually having a heart attack.) Risa takes his blood pressure, "just in case."

The mob attacks the jet. Risa fights them off -- boy, can she throw a punch! -- and locks them out. The Admiral's heart is racing, and his shoulder hurts worse. Is that an anvil I see before me? 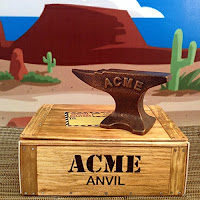 The mob begin ripping the jet to shreds with their bare hands. (No, really.) Among other things, they tear out the power line that goes to the generator. The jet "quickly begins to bake in the broiling sun."

Is it baking or broiling, Neal? Make up your mind.

Connor is interrogating Roland, locked in the Acme Crate. He wants Roland to admit to killing the Goldens, and also Emby. Roland says swear words. Connor says they're not leaving until Roland confesses.  Roland says worse swear words. (Not on the page. Neal just tells us Roland is saying bad words, he doesn't tell us the bad words.)

It's 100 degrees in the jet. Risa notes that the Admiral does not look good. Outside, the mob has finished tearing up the Admiral's jet and are now tearing all the rest of the airplanes apart, also setting fire to them.

The helicopter pilot notices the flames and flies in to see what's up. He wonders if his deeds have led to this. Apparently the pilot killed the Goldens? Maybe?

When he lands, the mob turns on him.  He thinks this is a good thing. Dude.

Roland is still not confessing. Hayden comes to get Connor to stop the mob. Connor rushes off to do it. He finds the pilot being kicked to death by the mob, and pulls them off him. (Why don't they attack Connor? Plot armor, I guess.)

The pilot confesses to killing the Goldens, with his dying breath.

Connor rushes to the Admiral's jet. Somehow he knows Risa is in there, even though he's been torturing interrogating Roland all morning. He tears the mob off the jet, screaming that they all deserve to be Unwound.

This shocks everyone into calming the fuck down, and Connor leads a crew to get the Admiral's jet open. Risa falls into his arms. So romantic.

Sadly, the Admiral is having a heart attack, and the only way to get him to a hospital is via the helicopter. But oh no the pilot is dead.

Luckily he was training someone else to fly. Unluckily, that someone is....Roland.

Who is probably not in the mood to be helpful right now.

Neal finesses the conversation between Connor and Roland, in which Connor talks Roland into flying the helicopter (and never mind that we're supposed to believe the pilot trained a 14 year old to fly a helicopter in like 10 days). This chapter is in the POV of an ER resident who is on duty when Connor, Risa, and Roland fly the Admiral in for help.

The Admiral refuses a heart transplant. The resident says he's crazy. He insists. Connor suggests that she do "whatever" doctors used to do before Unwinds started supplying them with unlimited hearts. Fine, the resident sighs, and stomps toward the ER.

PLOT TWIST: Roland follows her and rats Conner and Risa out as runaway Unwinds. The ER residents calls the Unwind Police on them.

Why isn't Roland afraid of being arrested himself? Also, why don't Connor and Risa run for it right away?

Your summations of each chapter are a work of art and I am so glad and lucky to get to read them. Most glad you are doing the reading of the original and not me! Does your student think this is an excellent teacher and book choice?
Every time I find another summation I am distracted from my problems. Amazing. THANK YOU.


I've got a lot of students who are now teachers in our local school system, but yes, one of them did ask me what I thought of this book, the year before my kid had to read it. Since I hadn't even heard of it at that point, I had NO IDEA.