While our AC was down, I was just not able to function. I am not functional when in an environment where the temperature is 90+ and the humidity is 80+, though mad props to all y'all who are. (Dr. Skull is one who is. He loved the AC crisis.)

Essentially all I did was teach (the university AC was wonderful -- I'm the only one left on our hallway, as our building is scheduled to be torn down soon, so I could crank our AC down to 66 degrees, and I did), and -- when I reluctantly returned to the pit of hell that is our house, slouch in my chair in the middle of three different fans and under a ceiling fan and read.

Here is what I read: 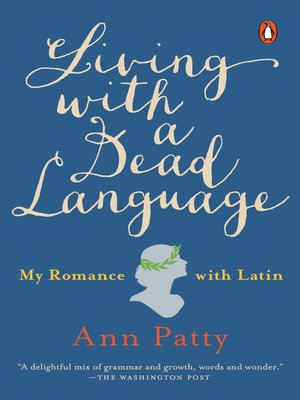 This was a wonderful book, written by the editor who discovered V.C. Andrews, author of the Flowers in the Attic series -- though I didn't know that when I started it. After 35 years as a NYC editor, Patty retired to the country and found herself with too much time on her hands. So she pursued a life-long dream and began the serious study of Latin.

A woman after my own heart!

I've read these before. This is maybe my favorite trilogy, and three of my favorite books. Set in the far-future, these are books about Emergent AIs and Post-Humans, labor politics, Jews in space, LGBT issues -- complex, sharp writing. Every time I read these, they get better. All I want from Moriarty is for her to write more.

She has written other books, but they're YA and fantasy. They're okay, but I don't like them as much as this trilogy.

Not usually my sort of novel, but a ripping yarn, this is about a kidnapped six year old some in upstate New York -- a mystical hellmouth sort of place, apparently, called The Hollows. A family of witches/seers lives in the area, and one of these, Finley, works with a local private detective to help the family of the missing child.

The writing is sharp and the spookiness is very well done.  Also, I really liked the Finley character. The parents and villains are kind of stereotypical, so that's meh. But a page-turner!