Given that it's winter break -- four glorious weeks without classes or committee meetings -- I've been doing a lot of reading, even for me.

Here's the good stuff from the previous few weeks:

A wonderful fantasy novel. And I hate fantasy, so you know this one must be good. It's a world where vampires and werewolves and other fantasy critters are actually aliens, who visit Earth and other places (and dimensions) via a system of portals. When on Earth, they stay in Inns, magical B&Bs run by Innkeepers.  Inns are important because they are neutral ground, and this is one of the few places these various magic beings can (a) be safe and (b) hold negotiations.

Dina DeMille is an innkeeper, a powerful and delightful one. I fell right into this book mainly because of Dina, the character -- these are first person novels, and Dina and her voice are compelling.


Also: real werewolves, real vampires, real adorable furry aliens.  None of your sparkly moody claptrap.  And a great plot, in this one and its sequel, Sweep in Peace.

Those of you who keep up with SF/F know about the latest unpleasantness from the Puppies.

Among other unfortunate results of the Puppies gaming the Hugos was that a great deal of great fiction which should have been nominated got shoved down the list, and thus did not gain the attention it should have.

David Steffen decided, recently, to do something about that.  He ran a Kickstarter and used the funding he gained to publish The Long List Anthology: More Stories from Hugo Award Nominations list -- basically 22 stories and novellas which had their chance at the Hugo stolen from them by the Puppies' bad faith action.

Not only is this a beautiful book, very well edited and put together, every one of these stories is a delight to read. (Full disclosure: Rachael K, Jones' "Makeisha in Time," one of my favorite stories ever published by Crossed Genres during the time I was editing for them, is one of these.)

This is a very early McMurtry book.  It may well be his best. Set in the tiny Texas town of Thalia during either the late 1950s or early 1960s, it's the story of Duane and Sonny, two working class kids from sad, dissolute families who, though still in high school, are supporting themselves.

It's the women characters that make this shine -- McMurtry is great at writing women, or at least Texas women. The coach's wife, Ruth, is my favorite character, though Jacy and her mom are also nicely done.

It's also the story of this particular Texas town, during this particular era. Wonderful writing, and wonderful characters. I like a lot of what McMurtry has written, but his early work remains my favorite.


Zen Cho, The Sorcerer to the Crown

Full disclosure -- I love everything Zen Cho writes.  So obviously I was going to love this one, too.

It's another fantasy novel (what!), set in 19th century England, but an England which has sorcercers, witches, fey folk, and other magic. The current head sorcerer -- the Sorcerer to the Crown -- is a rescued slave, now freed.

There is a plot, having to do with the loss of magic and political manipulation, but the worldbuilding and the characters are what make this novel wonderful.

If you read this one and love it, let me recommend also Spirits Abroad, as well as all and any of her short stories you can find. (Crossed Genres published one of these, some time ago now.  Still one of my favorites: Prudence and the Dragon.)

I'd read this before, but that's the thing about Jo Walton.  She's compulsively re-readable.

This is the sequel to The Just City, one of my favorite books of all time. If you've read that book, this is all I need to tell you.

For those who haven't, Philosopher Kings is somewhat different from The Just City, but just as excellent.  The children from The Just City have grown up; they have left Utopia. The novel starts with a terrible event, and the rest of the book is about dealing with the situation that created that event, and solving a Mystery -- I can't tell you more, because spoilers.

In The Just City, you'll remember, people from all over time (historical and not) come together to try to create Plato's Just City. Here in this novel, we are some 25 years on, after those in that grand experiment have fractured into sects.

As with The Just City, having read a lot of Plato and knowing a great deal about Greek mythology and classical lit will make you love this book even more; but it's not vital. You can love the book without it! 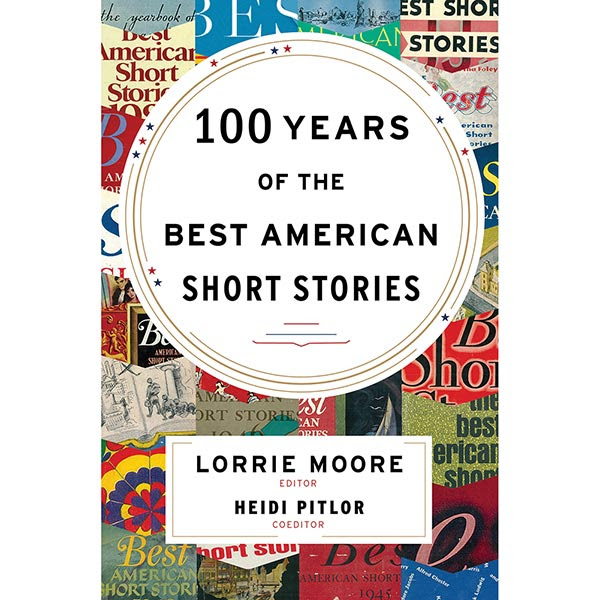 Moore selects three to five stories from each decade, starting in 1915, going through 2015. For the most part, these are great selections.  And it's interesting to see how fiction has progressed in America over the past hundred years.

Early stories are by Edna Ferber, Hemingway, and Porter -- there's a Hemingway story here I'd never read, "My Old Man," and one by Faulkner I hadn't read either.

Later stories are from Junot Diaz, Z.Z. Packer, and Sherman Alexie. I think I might have chosen a different Alexie story myself, but still, a nice collection. Not a dud in the bunch.  I even like the F. Scott Fitzgerald story she chose.


Alison Bechdel, Are You My Mother?

Another re-read.  I love Alison Bechdel, and this is one of her best, though the kid disagrees with me -- she likes Fun Home better. This one's a little too meta for her taste.

It's sort of a sequel to Fun Home; more of a companion piece, really.  It deals with Bechdel's relationship with her mother, and her fraught attempts to understand that relationship.  In seeking understanding, Bechdel ranges through psychology, literature, and her own memories.

Wonderful art, obviously. And, like Walton, Bechdel is compulsively re-readable.


Sisters of the Revolution, ed. Ann and Jeff Vandermeer

Put out by the wonderful Vandermeer team, this is a collection of SF short stories written by women, dealing (frequently) with issues of feminism and gender.

A great collection of stories published over the past 50 years or so -- we get Tiptree and Eleanor Arnason, Octavia Butler and Ursula Le Guin, and other names I had heard of but never read.

Published by PM Press, one of my favorite small presses, this is a great anthology.

That's what I've been reading!  What about y'all?

I read Sleeping Murder by Agatha Christie. Anyone with a passing knowledge of Duchess of Malfi would enjoy it. I read Wolf at the Table - the only Augustin Burrouggs book I'd never read. I also read Stephen King's Mr. Mercedes, which turns out to be the first novel of a trilogy. The third is being published this summer. I'd like to pick up the second one in the meantime. I also picked up King's recently published new collection of short stories and finished the first one, Mile 81. It's been sort of unintentional, but I've been reading a lot more genre fiction. I love it!

I also love genre fiction! Now and then, I still read "literary" fiction (wtf that means), but more and more often these days what's being published as mainstream or non-genre fiction is turgid, overwritten, and dull.

Well, 90% of everything is crap, so it's no surprise 90% of literary fiction would be too, I guess.

Ye gads - sorry for the typos in my original comment. Writing on my phone... ugh.

Anyway, yes, I have tried to get into some "capital L" Literature that is recent. The only person I really love that's contemporary is dead -- David Foster Wallace -- even even then, I stick to the short stories and essays. I tried to get into Infinite Jest, and I fell asleep and never went back. Maybe someday.

There are lots of people I feel like I "should" read, but many of them seem pretentious and overbearing. Meh. Maybe I need some better recommendations? Who knows. All I know is that I have precious little time to read for fun, and if I'm going to do it, I don't want it to be terribly difficult work. I have enough of that at ... work. :)

Thanks for the reminder on The Long List Anthology. Just picked it up and can't wait to read it!