This would be hilarious if I believed for one moment that they were joking. 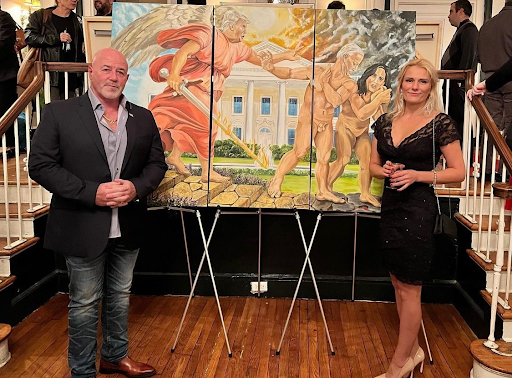 Among other things, it's blasphemy; but it's not like these people know their own religion. Or care about it either, except as a way to justify their bigotry.

ETA: I was thinking the "artist" was using Michaelangelo's Expulsion as his source material

but as Bardiac points out, Masaccio fits more closely:

And as my kid notes, this is a fine example of "drawing Joe Biden's dick to own the libs."

Is that supposed to represent Biden and Harris being expelled from the Eden that is the White House??? With Trump as the cherub doing the expelling?

a la Masaccio? (the cherub's gown color and sort of basic layout.)

Oh, neat to post pictures. I think the posture of Biden and Harris are more like those in the Michelangelo image. But I'm willing to bet he knew Masaccio's, too.