Update on the Kid

Today we took the Kid for their follow up with the liver guy, the one who has been treating their possible autoimmune disease.


I might have mentioned that the most recent set of labs were much better. The liver guy went through them with us in some detail. He says we can't absolutely rule out a serious autoimmune disease, due to the ANA still being high, but that if the Kid has one, it's not currently active.

His advice was that the Kid should have blood tests every three months for a few years, and if the liver function elevates again, we can do a liver biopsy then.

(The Kid, btw, thinks this is all nonsense. They feel fine, and from now on when I tell them to go to the doctor for anything, they're going to feign deafness.)

Here's some art they did. My talented child. 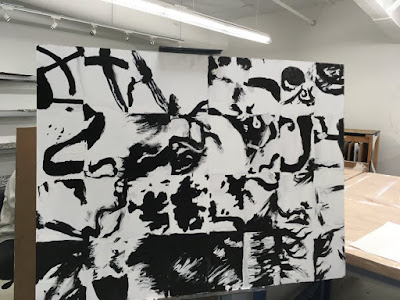 Labels: Autoimmune disorder?, The Kid, The Kid at College, The Kid's Art

And the Kid's art is super! Combo of talent and hard work!!