Further Thoughts on Trump Supporters and the Limits of Free Speech 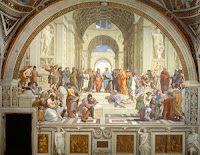 Nicole and Maggie point out in the comments to my last post that appeasement isn't a tactic, historically, that has much of a success rate.

I think one mistake I made in the beginning with Dick Johnson is one we often make when dealing with bullies. Slightly amused at his mistake (ha ha, he thinks I'm a guy, isn't that fun), I ignored the stupid insults he threw my way.

This was when he thought I was just a guy, not a gay guy.

Later, when he decided I was a gay guy, I ignored the homophobic insults as well. This led to him increasing the violence and fury of the insults, and adding huge helpings of anti-Semitic filth to the mix.

I continued to ignore him, though I did respond, occasionally, to other people who were calling him out. None of this helped. No tactic helped.

What tactic would have helped, though? What's the option, when dealing with this sort of person? On my own blog, I can delete the comments of anyone who acts this way, and block any further comments.

But if we're out in the market place of ideas, and someone acts in this violent and harassing manner, how is discourse possible?

You may well remember all the fuss about Milo, poor Milo, not allowed to give his racist, sexist, homophobic speech at Berkeley.

I argued with a friend of mine about this at the time, someone I knew in graduate school. She's a strict Free Speech fundamentalist, who holds that free speech should be paramount -- everyone should always be allowed to speak, even Nazis, even Milo. Otherwise, how are we to examine ideas? Otherwise, what is our free speech worth?

My position is that speech like this, like Milo's, like Dick Johnson's, like speech by racists and Nazis, should not be allowed in our public spaces. (They can speak all they want in the spaces they control, and I am not for the government censoring them.)

How can I possibly hold this position? I hold it because the public space, the agora, has a function. We meet there to discuss ideas. We don't meet there to deal with the egos of damaged people like Milo and Dick Johnson. We aren't holding a therapy session for Dick Johnson. That's not why we come together to speak.

Or else people just leave, because the troll is so ugly, and who wants to listen to that.

As for "examining the ideas," well, what is there to examine in such ideas as "your Jew-boy is a dick-lick" or "God created Adam and Eve, not Adam and Steve"? Or in the case of Milo, "feminism is a cancer," or that trans people are "mentally damaged" or Planned Parenthood exists to "sterilize black people"?

Interestingly I recently had a discussion with a student about what exactly a "safe space" is-- she defined it as a place where anyone could say their true opinion without worry. I asked what if a student's opinion is a racist rant in the middle of a math class. She responded that that wouldn't allow the place to be safe for any minorities in the room. I asked, what if there are no minorities in the room.

Kids today do seem to put a priority on lack of retribution over safety in the first place, just as being racist is not as bad as calling someone racist.

Of course the definition of safe space isn't to be able to say anything. The speaker, too, needs to be respectful, responsible, and relevant. The goal is not sharing, but learning.