The Rhetoric of Atrocity

It's not anything new. In Europe, starting about 300 AD, everyone "knew" that Jews killed Christian babies and small children and ate their bodies, or used the blood to make matzos.

In the 17th century, when Oliver Cromwell was invading Ireland, everyone in England "knew" that the Irish rebels were cutting open pregnant women, pulling out their unborn babies, and beating the fetuses to death on rocks.

In the 18th century, Benjamin Franklin made up stories about the American Indians slaughtering women and children which are still believed today.

During WWI, stories circulated in England and America about German soldiers crucifying people and cutting the hands off babies and the breasts off nuns. 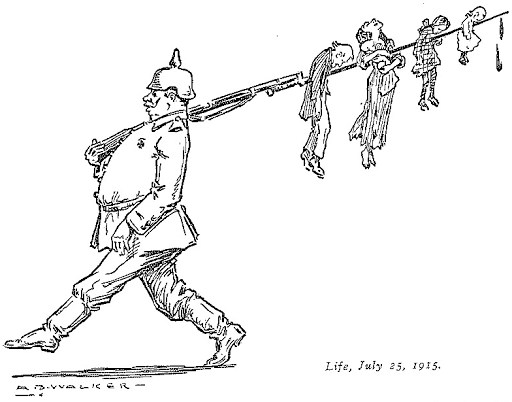 And of course, during the run-up to our attack on Iraq, stories were invented about Iraqi soldiers pulling babies from incubators and committing other hideous acts (torturing children, cutting off people's ears, and so on).

None of this was true. Often -- as with the Iraqi solders -- it was propaganda deliberately created to appall and anger people, in order to increase support for violent and genuinely atrocity-ridden attacks on the "enemy." (See the behavior of Cromwell's forces in Ireland, or of US soldiers against American Indian communities.)

So when "Pro-life" people circulate stories about how "liberals" murder babies, or kidnap children and rape them, or even eat them (stories that have been circulating among MAGA Americans for some time now), that's probably something that should worry us.

When the president of our country repeats this atrocity propaganda, that's definitely something that should concern us.

This isn't just whackiness from those loons on the Right. This is an attempt to demonize their enemy. You demonize the enemy so that you can justify your own vicious and violent attacks on that enemy.

That's what conservatives are doing now. That's what they've been doing for the past decade.

Don't be confused about where this is leading.

See also: Constant propaganda about how trans people are "recruiting" children, or "corrupting" the morals of the country, or destroying the universities, or "chopping the penises" off of "babies" or

and then when they ACTUALLY do stuff like concentration camps, forced hysterectomies, separating children from parents, etc. it seems like Trunchbulling and we can't believe it to be true

Same thing happened during WWII -- because people had been burned on the WWI atrocity stories, they were reluctant to believe what the Nazis were doing to the Jews and others.