We went up to visit the kid yesterday, on a day trip. Since almost all the other students had gone home for the long weekend, the campus and the town were less crowded than usual.

Still crowded though. I remember when Fayetteville was a sleepy little town, population forty thousand people, and no interstate leading into it (you had to take what we called the "Pig Trail," a twisty two-lane black top which was terrifying and steep).

Now Fayetteville, Rogers, and Bentonville have been colonized by Wal-Mart, and the university is fat with Wal-Mart money, as is the tri-urban area. This means some good things -- the museum, for instance, Crystal Bridges, which we visited yesterday, and a number of resources, parks, and libraries which weren't there when I was a student and graduate student.

If I could be granted one superpower, it would be to erase from existence anyone who tailgated.

But other than that, we had a nice day. Crystal Bridges was having two special exhibits, one up in a walking trail, Chihuly in the Forest, and the other Animal Meet Human. My favorite paintings at the museum, though, remains Will Barnet's Woman Reading 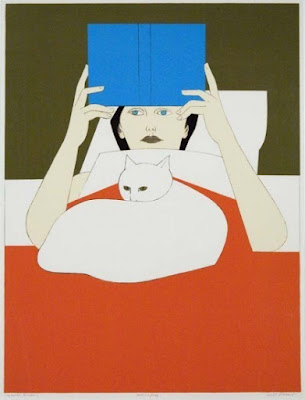 And this George Copeland Ault painting: 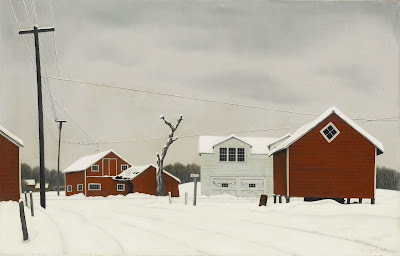 Labels: Ault, Fayetteville, The Kid at College, Will Barnet

I hope the Artist is already enjoying college! Wishing your kid the BEST year!

Argh!!! the traffic is simply a nightmare. I love the paintings you chose which are the opposite of the traffic; serene, peaceful, and quiet.


Bardiac: She is! And thank you! I'll pass that on.