Yesterday was the kid's very last day of high school. Is she pleased? My, yes.

Although she confessed last night that she was a little sad too. "Do you want to go back to high school?" I asked, curiously.

Meanwhile, today is my last day of Spring 2017 -- I'm giving my last exams, I mean. I still have to go to commencement on Saturday. (The kid is not attending her high school commencement, for which I am more grateful than I can say.) And I also have a mountain of grading.

While I am grading? Some links for you:

In Dutch Harbor, Alaska, bald eagles have become so common the local post office has to arm its patrons with helmets to keep them safe as they go in and out of the building. That's just one of the interesting accommodations the locals are making to live with their massive colony of eagles. Remember when bald eagles were endangered?  Me, too.


An interview from a writer you all know and love: Kelly Jennings on "The History of the Invasion Told in Five Dogs"


This article, How to Stay Sane if Trump is Driving You Insane, was linked over at Unfogged, where it caused a somewhat acrimonious comment thread


Here, Rod Dreher, who I am honestly beginning to believe is just a fucking idiot, smarmly justifies the fascistic mass killings of Rodrigo Duterte.

I mean, Rod says, it's not exactly okay to shoot down men, women, and children in the streets of the country you're governing, but when your government is mean to you, what else can you do?  (To be honest, these seem to upset him much less that the terrible, no good, SJW meanies who are being so mean to poor Paul Griffith, attacked for no reason at all! And much less, or course, than all the trans and gay people, who he just can't stop writing obsessive posts over. What is up with this obsession with the obsession religious conservatives have with LGBT people?)

An explanation, at last, of what that Idaho senator meant when he said that "nobody dies" because they don't have access to health care!

Finally, look! We made Urban Dictionary! 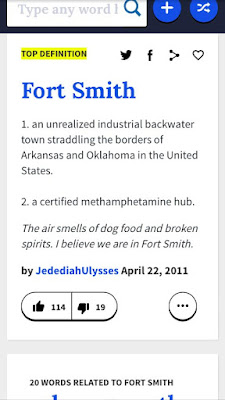 Labels: Links, The History of the Invasion Told in Five Dogs, The Kid

I'm way behind, but I want to congratulation the Artist on graduating! Please pass along my best wishes for a wonderful summer and the most fabulous time in college. (And please, also, pass along my gratitude for Fragile, which is really good!)


Thanks, Bardiac! And I will!