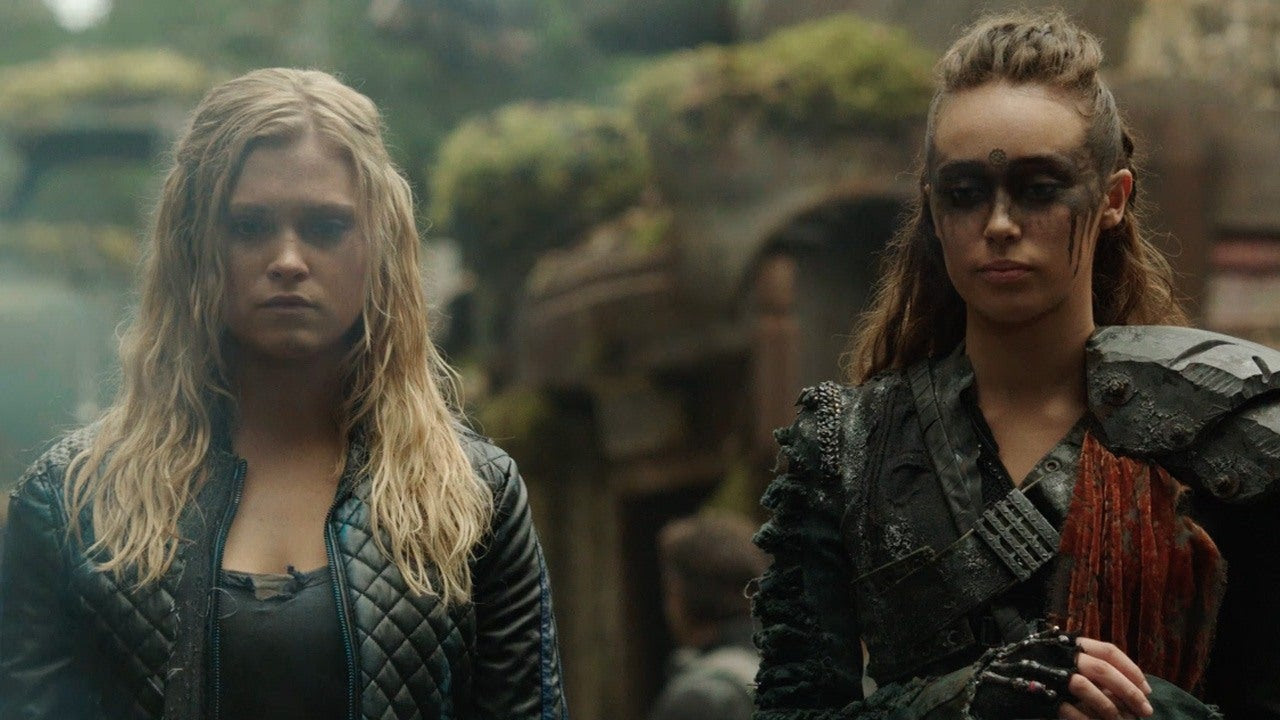 So I am (finally) watching CW's The 100, after seeing it recommended on any number of blogs and SFF pages.

I started watching it twice before and quit about ten minutes into the pilot each time because, oh my God, the voiceover in that opening is so terribly cheese-filled, plus so MUCH WHITE GIRL PAIN.  And tbh the first ten minutes are pretty bad: bad writing, bad characterization, bad acting.

Push through, though -- and push through (maybe) the first few episodes, where spots of this terrible writing and acting will continue to occur, because this series does get better.

Here's our premise: Apocalyptical nuclear war, about a hundred years ago.  Up in space, people who had been living on twelve space stations think they are the only survivors.  They have been trying to last up there until the earth becomes habitable again.

BUT: the stations are crashing.  Soon they will no longer support life.

MEANWHILE: their (military-run) society has become increasing despotic as their resources run out.  Every crime, however small, is punished by death.  Juvenile offenders get a reprieve until they come of age -- then they're executed.  So these 100 juvenile offenders, instead of being executed, are used as lab rats: sent down to Earth to see if it will now support life.

100 young criminals, ages from about 12 to nearly 18, their crimes ranging from theft of supplies to actual murder, dumped -- with nothing but the clothes on their backs -- onto Earth.

What happens next?  (Lord of the Flies X Road Warrior?  Maybe.)

Problems I had in early episodes: Too much whiteness, too many male characters, plots too predictable.

All of these problems went away pretty fast, though.  By episode three or four (I can't remember exactly) more women characters came to the forefront; we'd stopped seeing nothing but white faces; and yeah, the writers started having a lot more fun with the possibilities.

The problems of leadership -- the moral quandaries a leader has to deal with, in a society under threat -- that's being dealt with very well.

Also, the Othering of the enemy: nice work on that.

We also continue to see life on the station (the adults who sent these kids down to Earth); and, as Season 2 starts, the adults come down to Earth.  You remember the end of Lord of the Flies, when the Naval Officer appears on the island, and we see Ralph and Jack as just little boys again?

Imagine now that the Naval Officer had come to live on the island.  With a whole boatload of his fellow officers.  I'm only on episode one of Season 2.   Can't wait to see how it plays out.

ETA: Oh!  I forgot one of my other major complaints about the show.  SO HETERONORMATIVE!  But!  Apparently this is unso.  In Season 2, it becomes revealed that our hero, Clarke, the tough chick who rules in Season 1, is in fact bisexual.  The show's writers claim that they didn't address LGBT concerns because in the future it's no big deal, so it just didn't come up. I think we'd have something other than straight romance everywhere then, but wevs, writers.

Thanks for the viewing suggestion! I have kept getting stuck at the pilot, too.