I am currently reading -- I can't even remember why -- two SF novels published in the 1960s, both by men. One is Robert Heinlein's Stranger in a Strange Land, which I read I was (much) younger, and a big Heinlein fan.

The other is William Nolan's Logan's Run, which I had never read before.

One point I'm going to make up front is that, wow, science fiction is terrible at predicting the future.

The second is that these particular SF writers certainly have an interesting attitude toward women.

The third point I will only mention: LGBT issues. Yeah, wow.


Stranger in a Strange Land was published in 1961, shortly before Griswold v. Connecticut -- but, nevertheless, contraceptives in some form had been widely available since early in the century, and the birth control pill itself (the real game changer) since the mid-1950s.

If Heinlein had been the futurist he prided himself on being, he should have known about this. Nonetheless, both his book and Nolan's book are predicated on the notion that women are both unable to control their fertility (that is, no reliable form of contraception exists) and moreover, most women don't want to control their fertility, at least not once they're married.

In my experience, this last detail is common to SF novels written by men in the 1960s and 1970s. All of them seem to assume that all (good) women, once married, will want to have six or seven or a dozen kids. A future in which (most) women, married or not, will want to have one or maybe two children just doesn't occur to them.

This makes me think they didn't talk to any women.

And that brings me to a second observation about these novels. All the (good) women in the novels are there to be servants, sex objects, and decoration. I lost count of the number of times Jubal Harshaw, the Wise Patriarch in Strange in a Strange Land, told "his" women to shut up. And yet we are assured, by a Fair Witness (who cannot lie) that he has never been rude to a "lady." (The book makes a distinction between "ladies" and "women."  Apparently it is okay to be rude to women.)

Women -- or, excuse me, ladies, that is, "good" women -- are supposed to serve men, love to fuck men, listen to and amuse men, and be attractive to men.  Oh, and have babies for men. Lots and lots of babies!  But never to dote on those babies more than they do their men! Men are the center of a lady's life!

Also a lady stays lovely and never, never is in a bad mood!

Also she's a supporting character.  I mean, obviously.  Only men are important.

Now, to be fair, I can see, reading these books, that both Heinlein and Nolan are trying to make women important characters.  And they're doing much better than many other writers of the time did, many of whom just don't include women in their works at all. At least Heinlein and Nolan have women as (almost) main characters. Jill, in Stranger, for instance, plays an active role. That is, she takes action, she moves the plot, she is a person (more or less).

On the other hand, she's only a person in support of Mike (the real main character) and, before that, Ben. She had no actual life or goal of her own.

When we meet her, she's a nurse, and apparently a good one.  But she plans to give that up and get married, as soon as she can, at least if we are to believe what she says to Ben -- so if we are to believe what she says, she went through all the work of becoming a nurse only as a ploy to "catch" a more desirable husband. (This tells me, again, that Heinlein never talked to an actual woman, or at least not an actual nurse.)

This is one of the book's strongest messages, by the way.  Women live to take care of men. Every (good) woman in it, that's all she's doing: taking care of some man. We have precisely one example of a bad woman, Alice Douglas, married to the Secretary-General of the UN (yes, in Heinlein's future we have the dreaded One World Government), and she's wicked and evil because instead of being submissive and sweet-tempered and taking care of her man that way, she bosses him around and tells him what to do. But, notice, she's still taking care of him. She doesn't have a goal of her own, or a life of her own. Women don't have lives.  Women have men, and those men are their lives.

Logan's Run is proving a much harder read, because it's just terrible.

First of all, the premise, which I assume you know. Everyone gets 21 years to live, and on their 21st birthday, they have to go to the Euthanasia House and let themselves be killed. But a number of people won't do this, and they run. A team of enforcers hunt these Runners down, blah, blah, blah.

Behind this premise is the belief that this world was created by overpopulation -- by the fact that no way to control fertility existed, and that women wouldn't stop having babies. Now remember this book was written in 1968. That's three years after Griswold v. Connecticut, and more than a decade after reliable oral birth control had been invented.

So oral contraceptives exist, and Nolan should have known that. Yet he still believes women won't use them, that women will still keep having six or ten babies each, and that this will cause a world crisis of some sort.

Granted, in 1968 the youth movement was scary to a lot of people. But -- again -- maybe talk to some women?  My mother started using the pill as soon as it became available to her, in 1965. She'd had three children in the previous four years. It was twelve years before she had another pregnancy (and that was because her doctor was changing her to another form of the pill).

Most women won't have baby after baby if they have any say in the matter. Yes, I know, some will. But most of us, yeah, no.

And woman appear in Nolan's book, as in Heinlein's -- he does have women as characters -- which again, good for him. But, as in Heinlein's book, the women are just there as servants, as support, for the men. The women have no agency, in other words.

Also, the premise in Nolan's book keeps making me stop. I mean, WTF? How would you keep an advanced society functioning if you're killing off everyone at 21? Who keeps these machines running? Who grows and ships all this food, who manufactures all these drugs? Who builds these roads? The children are raised in "mechanical nurseries" -- fine, whatever. Who programs the nursery, and who runs maintenance on it?

And how do you compel a child who comes into fertility at 13 or 14 to spend the only years of life she will ever have bearing enough children to maintain your population level? She'd have to stay pregnant throughout her entire "adult" life. Why would should? Why should she?

And while she's doing that, who is running the society?

The book claims that everyone spends years 8 to 14 "roaming" the world -- how is that possible? If this society is going to maintained, everyone is going to have to spend those years being relentlessly educated, so that they can spend their adult years maintaining the world, before dying at 21.

Apparently Nolan thinks the world is supported by magic, I guess.

We see none of this in his book.  Instead, we just get his commentary on the terrible youth culture of the late 1960s -- kids doing drugs, kids being violent, kids roaming from sex party to sex party, blah, blah, blah.

I may not be able to finish Logan's Run.  Stranger in a Strange Land got a little tedious during the bits where Heinlein was lecturing us about religion and politics, but at least it was (mostly) well-plotted and with a sort of believable world. Logan's Run is just laughable.


ETA: Oh, yeah, I meant to say.  Why is that Rodin sculpture up there? Because of Heinlein's view of Modern Art, which gets a length mention in Stranger. Heinlein, like many people who read SF, doesn't like Contemporary or Modern Art. Why? Oh, you know why. The same reason they don't like modern / contemporary literature. Or rap music. Or whatever. Because it's not "really" art / literature /music, blah, blah, blah.

I've read this so many times on so many blog pages and other venues that the minute I hear it now I just roll my eyes and assume that whoever is making this argument is just someone who hasn't ever actually spent any time in museums, and thus knows nothing at all about modern and contemporary art (or hasn't read any of the literature that's been written in the past fifty years, or doesn't actually listen to rap music). Because that's just so obviously incorrect, no other interpretation is possible.

Now, if they said they preferred Rodin to modern sculpture, or Jane Austin to Kate Atkinson, well, all right, they'd have an argument.  But to say that what Kiki Smith, or Henri Moore, or Jeff Koons, or Will Barnett, is doing isn't art, or that what Jay Z is doing isn't music, is just to admit you have no idea what you're talking about. 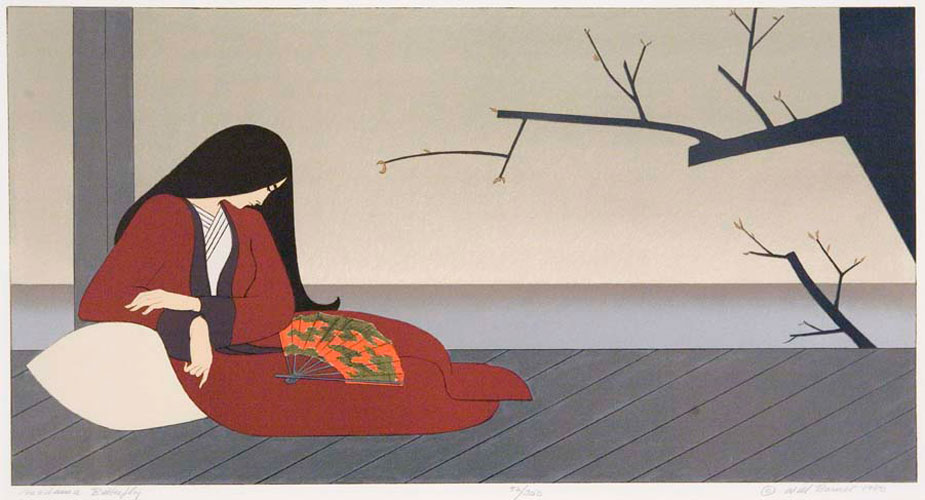 I actually couldn't finish Stranger in a Strange Lamd because of its sexist treatment of women. About 150 pages in I gave up.

It did not get better. And you didn't miss anything.

These kinds of tropes aren't just in science fiction. I remember being astonished when Samuel shellaberger's captain from castille turns the trope on its head. Ugh, so much bad stuff in most literature, even today. It's in research too-- so many economists don't understand that women have always had an unmet demand for contraception. It's taken women getting into the research area to say, well maybe access is important too.