Virtue-Signalling and The Right 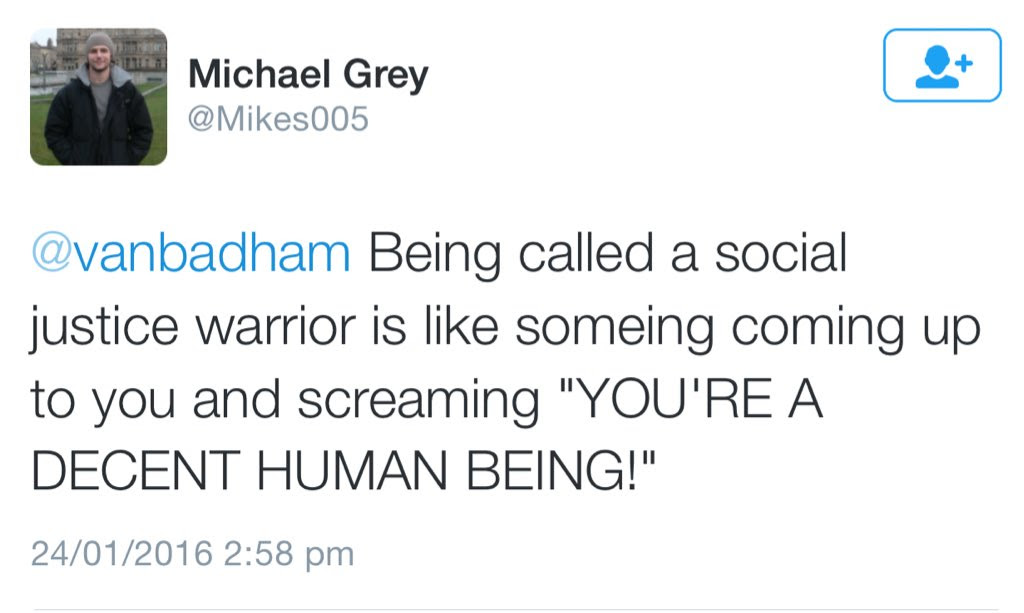 So we all remember when the Right seized upon Politically Correct as their favorite excuse and cudgel.

Politically correct, invented as an in-joke by Leftists for those of us who were taking things a bit far (out-Veganing the Vegans, being more holy about using the correct pronouns than even the most Tumblr of the Tumblrites), was taken up by the Far-Right as an excuse to be as rude as they liked, under the guise of not being (I guess) a Leftist.

"I'm Politically Incorrect!  I say Merry Christmas!  If you don't like it, you can get out!"

And here we have a blogger getting in a froth over the singular they, because saying they is politically correct! (How dare anyone attempt to create an accurate grammar!  Men are men and women are women!)

Okay, well, that's old news. (Though the blogger in question doesn't seem to realize that, either about the grammatical question, which was settled in 1500 a.d. or about the PC question.)

The new term which is giving the Far-Right such glee is Virtue Signalling.

It's not really a new term, as the Guardian article at this link points out.  It's just a term that the Far-Right has finally discovered, and is now delighted with.  You can hardly read a Far-Right blog, or comment section, without hearing someone trot out the phrase. I noticed this weekend when I was reading (yet more) whining by the Sad Puppies.  Apparently when I read the kind of SF/F which I like to read, I am not actually enjoying it.  I am only virtue-signalling.

And objecting to the racism and hatred of the Sad Puppies / Rabid Puppies?  Also just virtue signalling. (No links to either of these, b/c I don't give Puppies hits.)

As is being in favor of helping refugees.

As is supporting trans people.

As is anything, I suspect, that the Far-Right wants to ignore.

Like PC, this is fast growing into a term that the Right will use as an excuse, a way to shrug off inconvenient evidence and arguments -- anything they don't want to deal with.

They're as gleeful as ten-year-olds with new air rifles, banging away with this new phrase they find so cool.

What they don't understand, I suspect, is how easy this is going to make it for anyone who is not a Far-Right Conservative to ignore their arguments.  As with PC, the minute we hear anyone trot out the term "virtue-signalling," that will soon be an automatic signal to the rest of us that we can safely discount everything else they have to say.

(Some virtue-signalling from the Right -- Though I doubt they'd call it that.)

This is the first I've heard of virtue signaling. I actually think it applies to the right just as much as the left. Although I find myself being wrong about many political things -- perhaps because I lack virtue. ;)