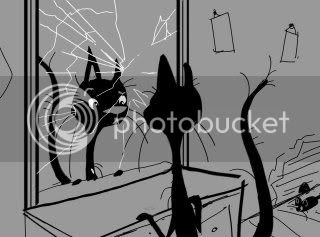 I totally believe in magical thinking. You're due for some good luck in the future!

Shakespeare says "When trouble comes, they come not in single spies but in battalions." (Forgive him the pronoun disagreement.)

We're having our own cluster fuck at chez Fie, so I feel you. Ours isn't quite as bad as yours unless I get extra credit for hubby still not having a job and nary a cent of unemployment yet.

Fie: I think you've got us beat in depth what we make up in breadth, tho. Maybe all our stars improve soon!

N&M: From your mouth to God's ears!

Your situation is an awful heap of bullshit, though. I hope it gets better soon.