Enough, Summer. We GET It. 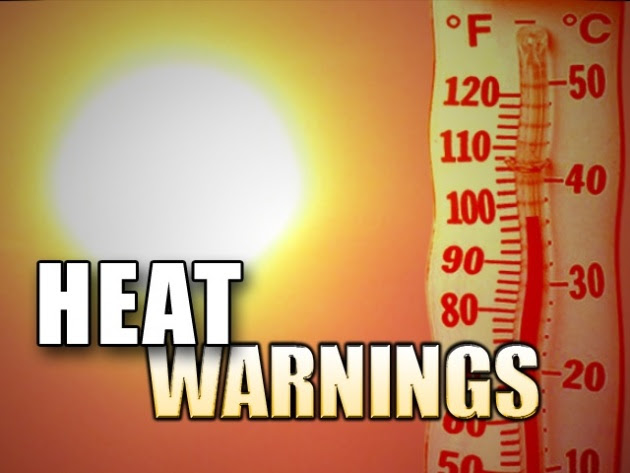 It's been over a 100 here every day for the past week, with a heat index of OMFGNODON'T LEAVE YOUR HOUSE ARE YOU INSANE?!?!

We have air conditioning, which hasn't broken at all this summer, for the first summer since we moved into the house, but as usual in Arkansas, it can't keep up with his vicious heat. And unless we want the power bill to be $300 dollars, we can't run the AC low enough to keep the house decently cool anyway.

It's ten or eleven o'clock until the house is cool enough to sleep at night, and through the peak heat hours -- noon until seven, in other words, we are all (except Dr. Skull, who perversely loves the heat) limp and miserable.

The cats lie on top of our orange crate bookshelves, which are the coolest places in the house, except for the kitchen floor under the AC vent, which the dogs commandeer.  I have the white chair under a different AC vent.  The kid works in her room, under a fan. Both of us are stripped down to minimal clothing.

We don't go anywhere unless we have to. Yesterday I ventured out to the store for supplies.  The heat was astounding.  Not just the heat itself, but the wet heaviness of the air -- a violent, oppressive, vicious heat.

Even the dogs won't go outside.

It's the same in St. Louis. Absolutely intolerable. I feel your pain! I can't wait for cooler Fall temperatures to arrive but around here August and the first half of September are always viciously, impossibly hot.

Just paid our $300 utility bill for last month. Hopefully the last until we get back to the Deep South. I spend a LOT of time in my work office over the summer mainly because of the a/c. (Though it is a good thing that I get in early and leave early-- around 4:30 it gets dramatically hotter at work because of "energy saving measures". My poor colleagues who sleep in and work late!)

Already I think I've gone out more here than I did all summer before leaving the oppressive heat. The cats would go on the screened in patio and demand right back in. Here they get to sit in open (screened) windows!

I hate hot weather, but I love not teaching in the summer. No wonder I am constantly ambivalent from June to late August. I cannot abide this heat, but it's so, so great to have my own schedule and less work to do. Ack! The tyranny of never having anything JUST the way I want it!!!