Why [Some of] Your Students May Have Trouble With Facts 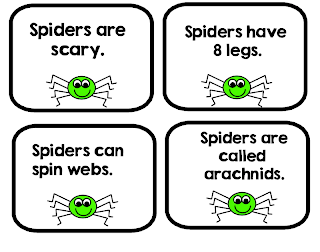 Or rather with telling fact from opinion.

If your education was like mine, your grammar school teachers spent a small amount of time teaching you the difference between fact and opinion.

You probably remember, as I do, the worksheets and the games.


What could possibly be controversial about this, you wonder?

Ha.  This is because you are not a Far-Right Religious Conservative.

Rod Dreher explains to us that this is a very offensive and incorrect division, which will teach our young students to think "chaotically."

Well, he says -- or at least links to Justin McBrayer (a perfect name) who says, and then agrees with McBrayer -- that this fact/opinion division is incorrect.

First, you see, it is scientifically incorrect.  Think of science, this gentleman exclaims.  There are things that could be true in science which you could not prove, and yet --

Let me give McBrayer an example closer to Earth.

Do y'all need to actually weigh my cat to know whether that is a fact or an opinion?  No, Socrates, you do not.

Now it is true that at this moment we can't determine whether there is life somewhere else in the universe.  But I can visualize ways in which that question can be factually determined.

None of those can we imagine any criteria, now or in the future, for factually determining.

Rod Dreher goes on to object to the fact/opinion binary, arguing that this division makes morals not-true.  But this too is specious.

The only one putting ethics and morality into the not-true* box is McBrayer and Dreher and, frankly, the other Far-Right Religious Christians.  I have never once heard an atheist or a Secular Humanist do so.

Far-Right Christians love to set up this dichotomy -- to claim that if you don't believe in their Jesus, you can't possibly behave ethically or morally, because without Jesus and God there with their Code Ethics and their threat of Hell, no one would ever behave.

And yet, children raised with reason and empathy tend to be just fine morally -- often, much better than children raised with the threat of hellfire.  They're almost always much better at critical thinking, also, which is no surprise, since they're encouraged to argue and talk back, to question authority, and to engage in reason-based critical thinking.

And no, they don't think "Treat others as you'd like to be treated" is "not true," or that "Don't kill people" is just an opinion, or that "Don't be evil" is something you can take or leave, depending on how you feel that day.

Though, frankly, from some of the posts Rod Dreher has posted lately, that does seem to be his moral stance.


*She totally is, though.

** How, I have heard Far-Right Religious folk demand, can we Secular folk know that our ethics and morals are correct, if we don't have a God to tell us they are correct?  This answer is simple.  It is the same reason we know that the cat is on the mat, or that gravity is true.  We know that our ethics and our morality are correct because they work.  This is also -- no big surprise -- how we can tell when our ethics are not correct.  We do what is right so long as it is right.  When it stops being right, this is a signal to us that we should stop doing it.

You will note that Far-Right Christians have a problem with the second part of this formula.  They will just keep right on doing what they have been told is "Right" even when everything around them shows clearly that it is definitely wrong.  And they will insist that it must be "Right," because their God and their Code Book says it is "Right," no matter how many people are being hurt, and no matter how badly those people are being hurt.  You would think eventually they would learn.  But not so far.

Hahaha, we had a post on this a few years ago when DC1 got one of those worksheets... but we got things "wrong"(!) for exactly the reason you're talking about. https://nicoleandmaggie.wordpress.com/2013/07/10/facts-opinions-empirical-questions/

It all makes sense now...

Oh, that sounds like a *really* unkind exercise, though!

They gave them false facts? On purpose?